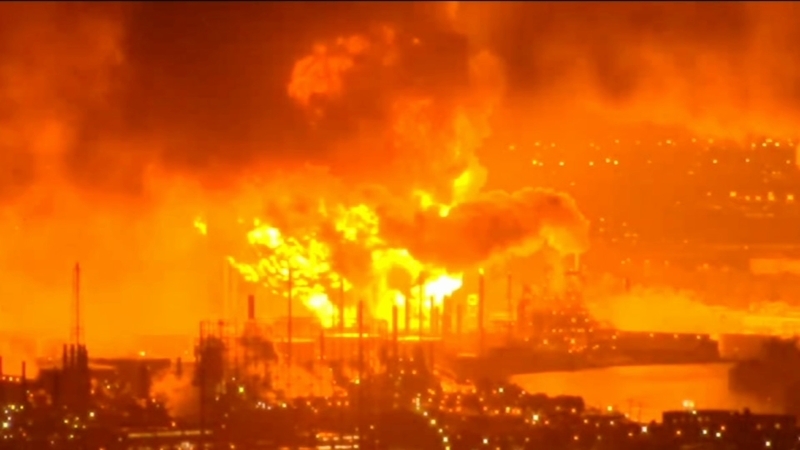 PHILADELPHIA (WPVI) -- What was supposed to be a public meeting on the Philadelphia Energy Solutions oil refinery clean up, turned into fireworks.

Dozens of residents and protesters with the environmental group Philly Thrive stormed the session and shut it down, demanding a seat at the table.

"We've been shut out of the process, that's why we're here," said Shawmar Pitts with Philly Thrive.

"We're hoping to be able to share information with the public and invite their questions and comments," said Robin Tilley with Evergreen.

Sunoco has been conducting studies and plans for remediation of the refinery site since it changed ownership.

Evergreen-- which is part of Sunoco-- is part of the clean up along with the state and federal EPA.

"They're talking about coming in and cleaning up. We want to be involved in what's going on because we live in the community," said Sylvia Bennet.

The meeting was eventually canceled.

"They're saying they weren't apart of the process," asked reporter Christie Ileto.

"I heard that," said Paul Gotthold with the EPA. "We try. I don't think we tried the right approach with this particular project. We need to find a way to provide enough outreach where they feel that they're involved, " he said.

That outreach-- we learned-- will happen in the form of a meeting with residents at a later date.

"Could there have been another way of getting your voice heard?" asked Ileto.