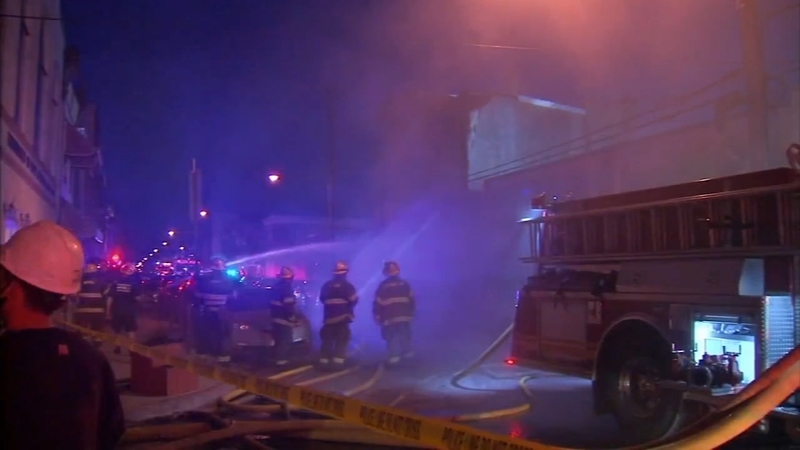 POINT BREEZE (WPVI) -- A man and his son ran for their lives as their home in Philadelphia's Point Breeze section exploded.

The entire facade of the rowhome was blown out, bricks were strewn about the street, covering the cars parked outside.

Chopper 6 over the scene of a building collapse in Point Breeze.

Peter Ash and his 12-year-old son Jordan were inside the home when the explosion occurred. They escaped with minor injuries.

"We just heard a big boom and I felt heat all over my hand and face," said Peter Ash. "I had no idea that the whole front of the house had come off. It was an explosion, like a military explosion."

"I was playing on the PS3 and all of a sudden I heard a loud noise and the whole wall just fell down. I thought it was a tornado," Jordan said.

Help came right away as the home is right next to the 17th Police Station and Engine 24 of the Philadelphia Fire Department.

Both were evacuated as precautionary measures in case the home collapses.

Neighbor Vivian Black had just been outside the home only minutes prior.

"All of the sudden, I was standing out there talking to another neighbor and a 'Boom! Boom!'" she said. "I had never seen anything like it. The whole front of the house came up. I just left there ten minutes before it happened."

The 17th District Station is closed until it can be inspected.

Police said 911 service is still operational; officers will be working out of the 1st district building.

Fire officials and PGW are investigating.