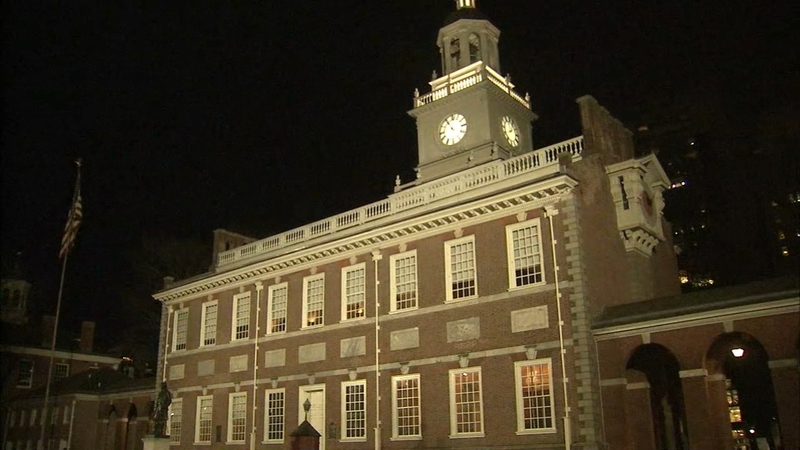 Federal employees welcome the end of the shutdown

PHILADELPHIA (WPVI) -- The temporary reopening of the government means it is back to work for 800,000 federal workers, including those who have been at the job, but without pay.

Alex Berman, an IRS employee said, "Some happiness tempered by a lot of uncertainty."

Alex and Vicky Berman of Northeast Philadelphia are breathing a bit easier upon learning they may soon return to work. Both are IRS employees and haven't been paid since December.
"There's motion. There's finally some motion on actually doing something to end this and that is a huge sense of relief," said Alex.

The couple who has a son accepted food donations from friends.

At this point, they don't know when they'll get their next paychecks.

Also unclear is when Independence Hall and the Liberty Bell will reopen to visitors. Like many so-called essential employees, these park service rangers have been working without pay since December.

"This is a practice that just has to stop," said Richard Gennetti.

Gennetti of the American Federation of Government Employees says he's reluctant to get too excited, fearing another shutdown in 3 weeks if Congress and the White House don't reach an agreement.

He said, "It's a positive step to get these people some money and get them back to work. But it will be a disgraceful game to play if we continue to do this again and again."
In addition to funding the government, the Bermans hope lawmakers take action this weekend to make future shutdowns impossible.

"I'm a proud American. I'm a follower of the dream. The dream is everything to me but I worry that to expect real change and real work to protect us in the future is also a dream."

Workers say they are unclear of when they will be paid, including the back pay.
------
Send a News Tip to Action News