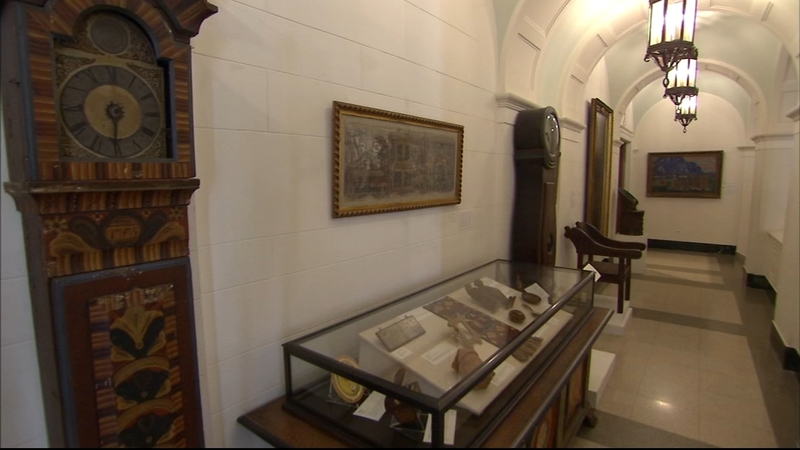 "We were supposed to have our grand opening in 1929," says American Swedish Historical Museum Executive Director Tracey Beck. "And Herbert Hoover was supposed to come."

But then the stock market crashed and it would be more than a decade before the museum had a proper opening, a ceremony marked by the installation of the museum's Golden Map Room.

"It's a beautiful map painted on bronze leaf of what Sweden looked like in 1638 when they sent colonists to America," Beck explains.

There are more than a dozen galleries in all. Each room features the achievements of Swedish Americans, from glassmakers to architects to the novelist Fredrika Bremer, who was an advocate for women's rights.

"She was traveling in the slaveholding south," Beck says. "And she wrote all of this down in these books. They're amazing."

John Ericsson was the engineer who invented the first ship made entirely of metal.

The museum's Stuga depicts a Swedish farmhouse in the 1800s; there is also the Pippi Longstocking Room.

When the PHS Philadelphia Flower show opens at FDR Park on June 5, admission to the American Swedish Historical Museum will be included in your ticket, so you can learn more about some of the region's first European settlers.

Beck says there will be Flower Show exhibits inside the museum as well.

A Swedish-inspired cafe on the museum's terrace will overlook the entire show.

"We're going to have the best view of the Flower Show from anywhere," Beck says.