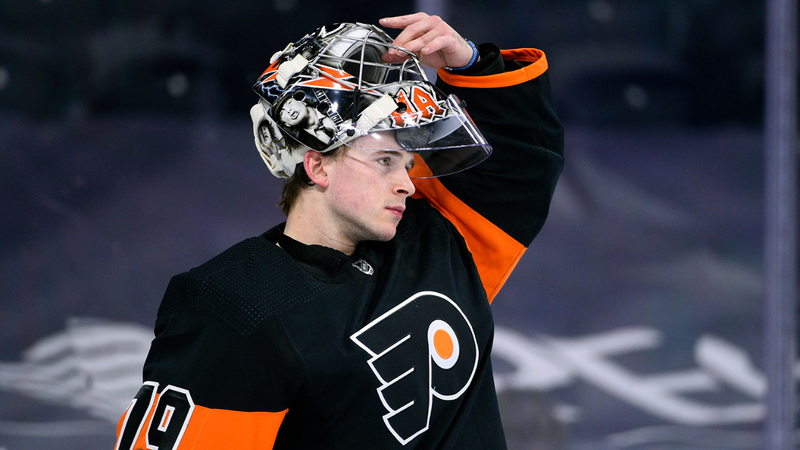 PHILADELPHIA -- If it seems to you like the 2020-21 NHL season just ended, you're not incorrect: The Stanley Cup was awarded on July 7 to the Tampa Bay Lightning. But the league has spun forward to the offseason and preparations for 2021-22 quickly:

And if that wasn't enough, we now have the official 2021-22 regular-season schedule, which was released on Thursday.

The Philadelphia Flyers will open at home Friday, October 15 vs. the Vancouver Canucks and conclude the regular season on Friday, April 29 at home vs. Ottawa.

Below is the full schedule:

Flyers will open at home Friday, October 15 vs. the Vancouver Canucks and will conclude it on Friday, April 29 at home vs. Ottawa. pic.twitter.com/CtZMRzBYfg

On Thursday, the Flyers also announced that defenseman Shayne Gostisbehere was traded to the Arizona Coyotes, along with two draft picks.

The Flyers sent a second-round pick in 2022 and a seventh-round pick in the 2022 NHL draft, previously acquired from the Montreal Canadiens, to the Coyotes on Thursday.

Once considered a top offensive defenseman in the NHL, Gostisbehere had seen his production steadily decrease in the last three seasons. He has 219 points in 381 games, but only 46 of those points were tallied from 2018 to '21. Gostisbehere, 28, who was a third-round pick by the Flyers in 2012, was recently left exposed in the Seattle expansion draft.

"This was a difficult decision but one we thought was necessary given the reality of the salary cap," Flyers general manager Chuck Fletcher said in a statement. "Shayne has been a quality player for this organization since the moment he arrived in Philadelphia and has been a part of many special moments in his seven seasons as a Flyer."