Claude Giroux departs the Flyers after spending all 15 of his NHL seasons in Philadelphia.
WPVI
By Katie Katro and 6abc Digital Staff 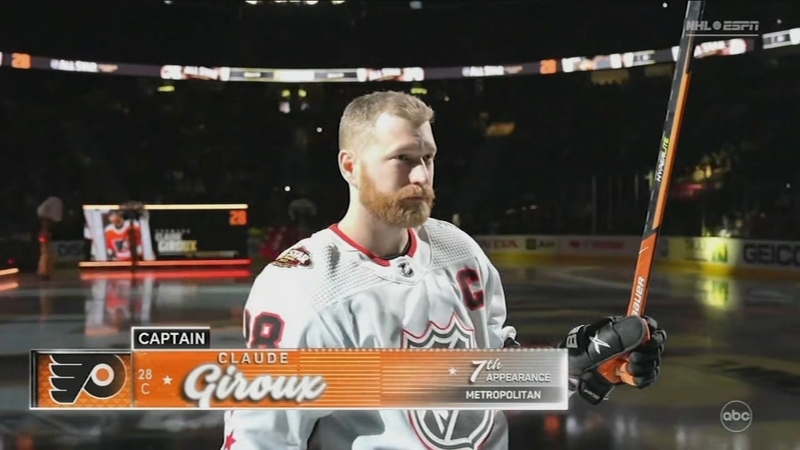 This comes after a trade just two days after his career 1,000th game.

Fans Action News spoke with Saturday said the end goal is for the Flyers to win, and if this will help them accomplish that, they're all for the deal.

"It's such a sad thing. I hope he does well," said Debra Buker from Delaware.

The Philadelphia Flyers have traded Claude Giroux and two other forwards to the Florida Panthers.

In exchange, the Flyers will get Panthers forward Owen Tippett.

Giroux departs the Flyers after spending all 15 of his NHL seasons in Philadelphia.

On Thursday, he was presented with a silver stick to mark the occasion after his 1000th game with the franchise.

"I hate to see him leave after so many good years here, but at the same time, I kind of feel like it's time for him to go," said Thomas Delguercio from South Philadelphia. "I think that the team has to be changed. It's got to be turned over. You know it's just about time. It's run its course."

Giroux also has played in 85 career playoff games for Philadelphia.

Flyers fans say they're hopeful the change will bring some wins.

"I've been a Flyers fan since I was a little kid. I hate seeing them lose. It hurts me to watch them. It really does," said Arthur Godio from South Philadelphia.

In a statement, President Chuck Fletcher of Hockey Operations said in part:

"Any day that you trade your captain is a tough day.

With how much Claude has meant to this organization and how he has represented himself for 15 years makes it all that more difficult to say goodbye.

Claude is one of the best players to ever wear a Flyer uniform."