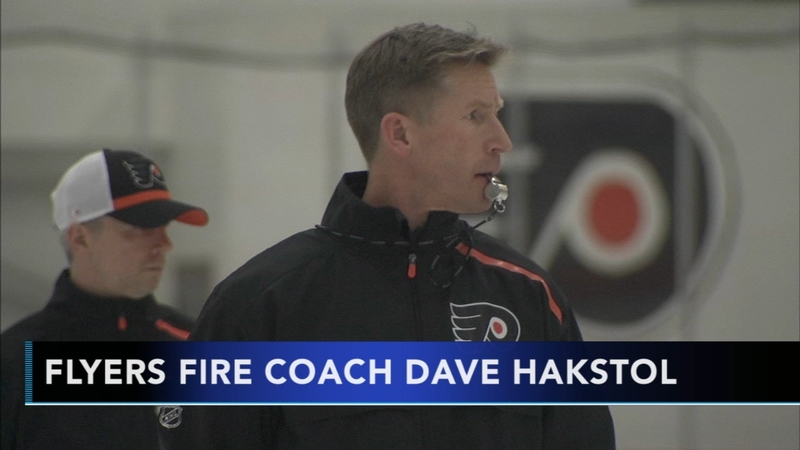 PHILADELPHIA (WPVI) -- The Philadelphia Flyers have fired head coach Dave Hakstol after more than three seasons with the team.

❌ Flyers Are the WORST team in the conference
❌ Flyers have NOT been out of the 1st round of the playoffs under Hakstol
❌ Flyers Lost 8 of 12 Playoff Games under Hakstol@6abc #Flyers #DaveHakstol pic.twitter.com/YnsPwvBEwA

The Flyers have the worst record in the Eastern Conference (12-15-4).

The team dismissed general managerRon Hextall last month and replaced him with Chuck Fletcher, who was previously the GM of the Minnesota Wild for nine seasons.

When Fletcher was hired on Dec. 3, he said he wanted time to evaluate Hakstol.

Hakstol was hired before the 2015-16 season and has made the playoffs in two of three seasons.

However, the team has not been out of the first round of the playoffs under Hakstol and have lost eight of 12 playoff games.

The Flyers next play Tuesday at 7 p.m. ET on ESPN+ against the visiting Detroit Red Wings.