Logo unveiled for Flyers' Stadium Series game at the Linc 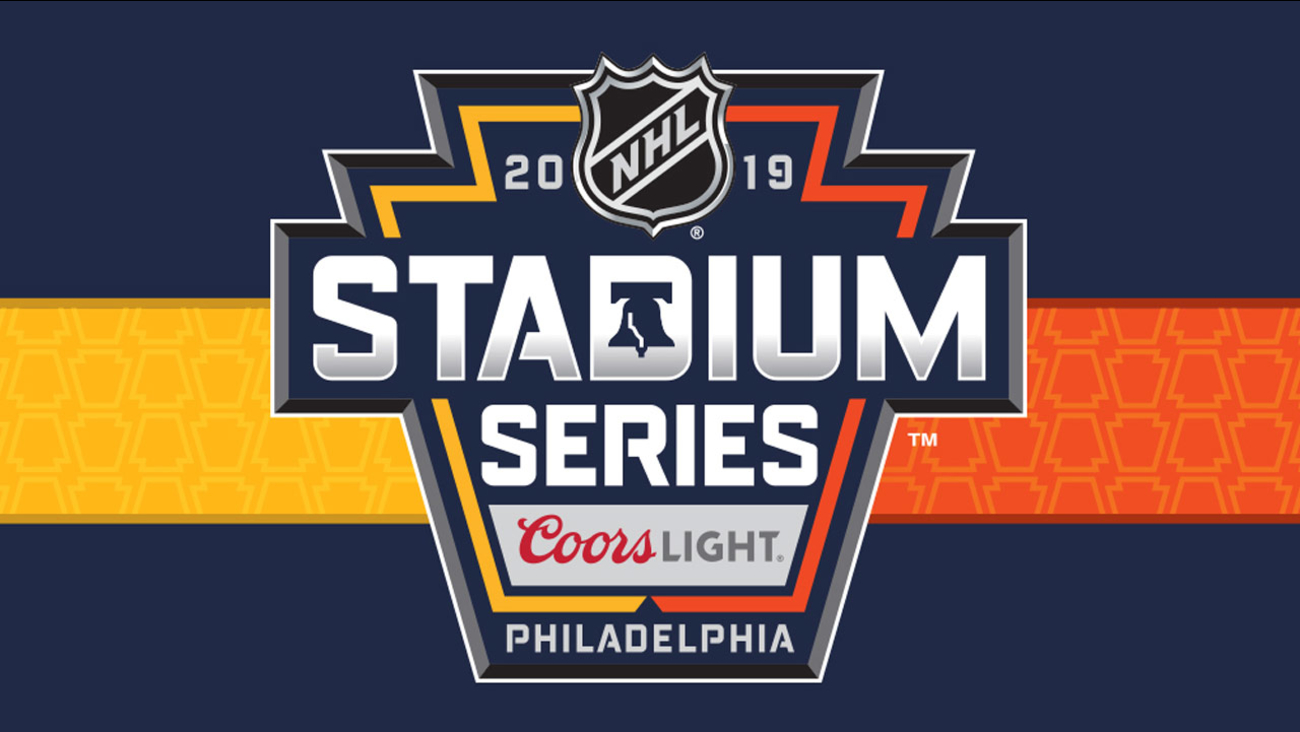 The Philadelphia Flyers are gearing up for their outdoor battle with the Pittsburgh Penguins at Lincoln Financial Field in February.

And now the official logo for the game has been unveiled.

The NHL released the logo for the 2019 Coors Light NHL Stadium Series on Monday.

The logo consists of a keystone shape - for the Keystone State - as well as a Liberty Bell in the 'D' of 'Stadium' in honor of the host city of Philadelphia.

The game takes place at the Linc, home of the Super Bowl Champion Philadelphia Eagles, on February 23, 2019.

Additional details including ticketing information and other events surrounding the game will be announced at a later date.