Program to feed the hungry while reducing food waste 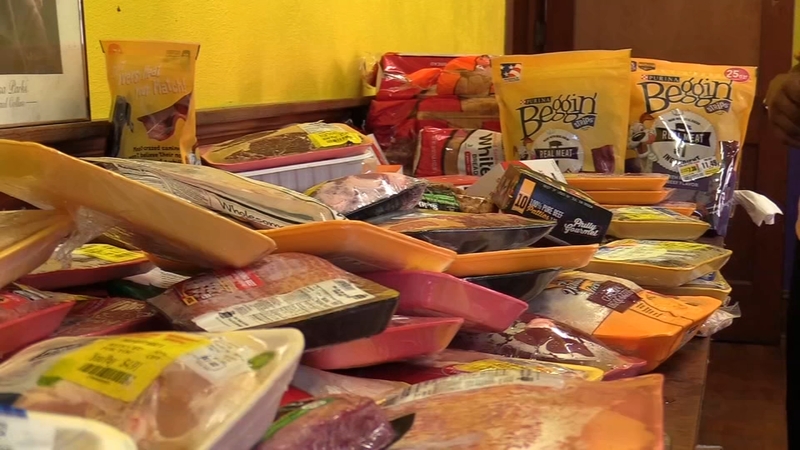 Program to feed the hungry while reducing food waste

PHILADELPHIA (WPVI) -- Reverend Whymon Simmons made an unexpected run to the grocery store Thursday. He got a call saying they had a truck full of food that would otherwise to go waste.

Instead, he'll take the donated food to Darby Zion United Methodist Church to immediately be distributed to the community.

"We're trying to do what the gospel demands of us, feed people, clothe people," he said.

Every month in Philadelphia, about a million pounds of food is wasted. This particular food is past its sell date, and Rev. Simmons and his team has the ability to put it to use quickly. They do it every weekday at the church. It's a partnership with a program called "Philly Food Rescue," which has distributed 300,000 pounds of food in less than two years.

"This is food that could be used and eaten by low-income individuals in the city. As you know, Philadelphia is challenged because it's the largest, poorest city in the United States," said Atif Bostic, the executive director of Philly Food Rescue.

The program runs through an app. Grocery stores ready to donate show up on a map and anyone in the community can volunteer to pick it up. The goal is to get it from the store into the hands of neighbors in less than an hour.

"Somebody will take this and sit here and eat it right away because they're hungry," said Marian Jengo, one of the volunteers at the church. She came back to the church when she heard about the surprise donation to help with the handout.