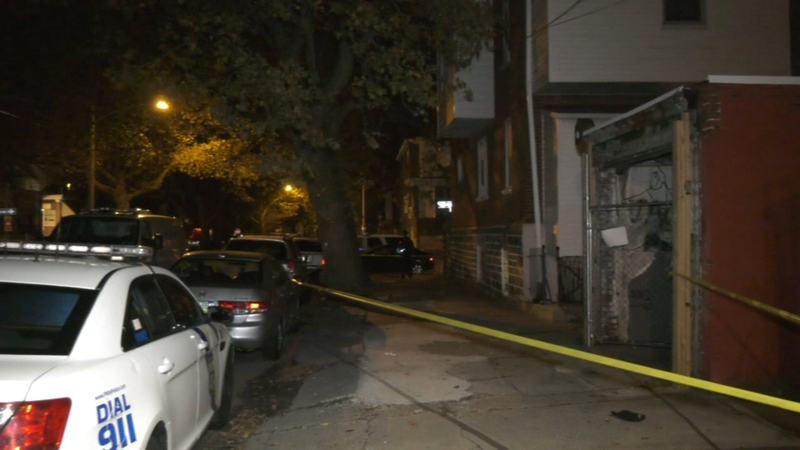 FRANKFORD (WPVI) -- The police, the crime scene tape and two stabbing victims -- it's certainly a situation neighbors around Akron Street in Frankford aren't used to.

"I've been up here five years and I haven't had a problem. None. They're normally pretty quiet down there," Frankford resident Eddie Lane said.

They just hope those who were hurt are going to be okay.

"Nobody wants to wake up knowing that happened on the corner of your block, but I hope everyone is okay," said Melissa Jacoby.

Police say a birthday party took a turn for the worst and escalated into a stabbing in the 5400 block of Akron Street around 1 a.m. Sunday.

One of the victims, a 19-year-old man, was stabbed a staggering six times in the stomach.

Detectives say the victims are believed to be in their late teens or early 20s.

"I didn't hear any music, we were in the house for the most part, it was chilly out, but we came outside for a quick minute and saw all these cops and weren't sure what happened," Melissa Jacoby said.

Police say there were 10 to 15 people in and around the garage when the suspects showed up.

Detectives say one of the victims was taken to the hospital by friends. The other by responding officers.

While the investigation continues, neighbors just hope something like this doesn't happen again.

"I don't know. I don't know. When I grew up, I learned how to respect that person across the street," said Eddie Lane.

"I remember when this was like an upscale neighborhood," said Barbara Lusa.

No word yet from police on any arrest or suspect description.

However, they are hopeful someone will come forward with information that can make a break in the case.