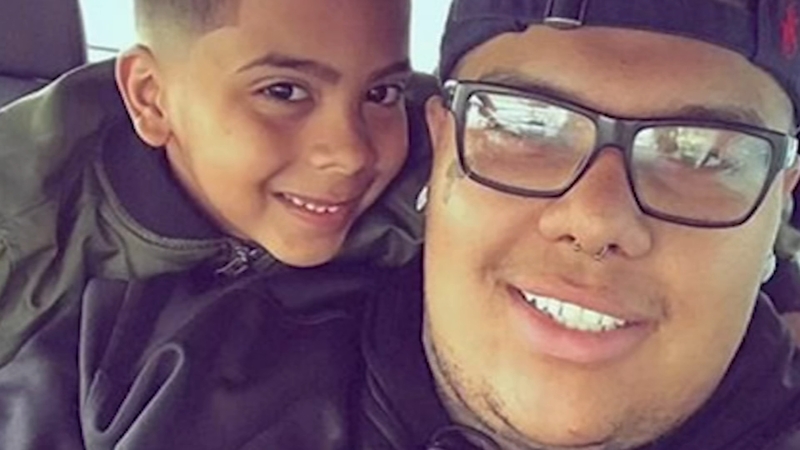 Relatives said his son, Buddha, was the love of his father's life. They said at first they did not know how they were going to tell him that his son had perished.

"He was devastated, destroyed, devastated. That was his life," said Alvarez's mother, Wanda DeMartinez. "That's all he had was that boy, day and night."

Following a tradition started by his grandmother 15 years ago, Buddha was out helping to feed the homeless in Kensington during the Thanksgiving holiday.

"He was a great kid, he had a heart full of gold," said Jose Alvarez. "He would love to feed the homeless, and at times like these, in the cold, he would give out blankets."

A video his family provided shows Buddha dancing with some of the homeless at the event.

"He was just full of life, a free spirit. A gift from God," said Alvarez. "God gave him to us, you know and it's just hard. Really hard."

It was last Wednesday that the boy was killed when the car he and his father were riding in was struck at a high rate of speed by a hit-and-run driver. Michael Finn, 34, was later charged by police.

"There's always going to be anger, but what can you do?" said Jimmy Alvarez. "We can retaliate all we want, but that's not going to fix anything. He's gone."

A viewing for the 8-year-old is scheduled for next Friday from 6 p.m. to 9 p.m. at the O'Neill-Boyle Funeral Home in Kensington.

The viewing is to be followed by a Mass of Christian Burial on Saturday morning at Visitation B.V.M. Church, on B Street and Lehigh Avenue.