The family of one of the victims in the city spoke to Action News.
WPVI 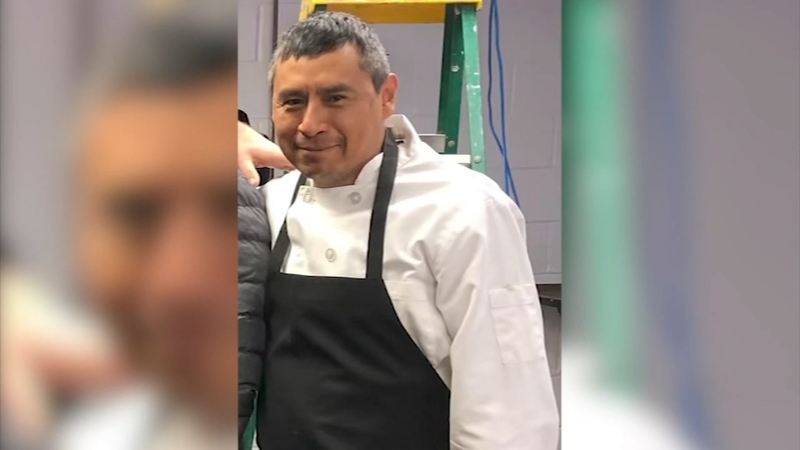 Additionally, the family of one of the victims in the city spoke to Action News.

Jorge Hernandez, 50, died after he was struck and killed in the 1800 block of S. Christopher Columbus Boulevard around 9 p.m. Saturday.

"Based on the video we know we're looking for a Tacoma Toyota pick-up truck, 2012, a little over, looks like the driver had a turn signal on in that video, might have been changing lanes," said Captain Mark Overwise.

"It's very heartbreaking to know that after they knew what happened they did not stop. It's completely inhumane to do that. Nobody understands the pain right now being felt by our whole family. His death was abrupt. No one should ever pass like that," said Amelie.

Police are looking for information on two more fatal incidents that happened on January 21.

Newly released surveillance video shows the car that police believe struck and killed a 47-year-old woman in the 2700 block of Island Avenue back on January 21.

In two separate videos, the striking vehicle - thought to be an older model Honda Civic - can be seen with damage to the hood and part of the windshield.

The victim was found in the grass median by a person who was passing by.

Just hours later, around 11:30 p.m., investigators say the driver of a 2006 Red Chevy Impala struck and killed 50-year-old Desiree Charmaine Whitehead Jainlett, who had just stepped off a bus.

That car then crossed the median at Broad and Allegheny, with the victim still on the hood.

Several occupants of the Impala then got out and ran, including the driver who left the car behind.