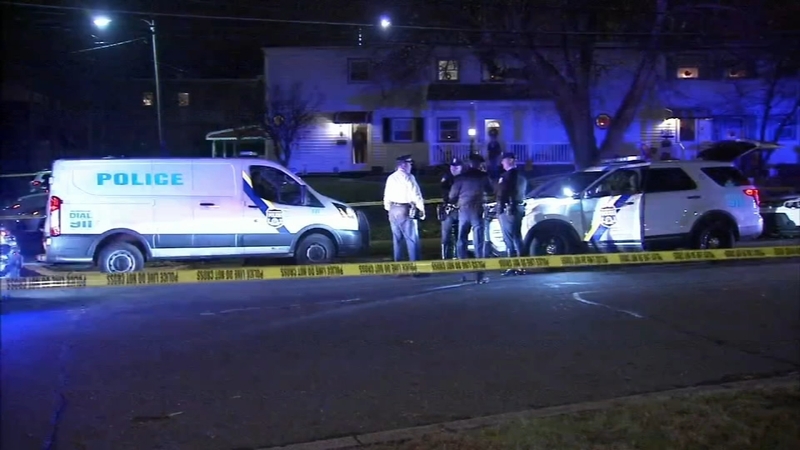 HOLMESBURG (WPVI) -- Philadelphia police say an armed man threatened officers with a gun while asking those officers to kill him.

Police said officers responded to the area following multiple 911 calls for a man with a gun.

According to investigators, when police arrived, 66-year-old Patrick McGuinn was on his front porch with a gun in his hand.

Police say he shouted "I'm not going to jail, kill me," and, "You're going to have to kill me!" as officers approached.

McGuinn pointed the gun at officers as they ordered him to drop his weapon, police say.

When he pointed the gun at an officer again, that officer fired and hit McGuinn in the left thigh.

"The fact that one officer fired just one shot, that is a lot of restraint," said Philadelphia Police Chief Inspector Scott Small. "It caused the suspect to fall to the ground, and, even then, he had the gun in his hand that the officers had to wrestle from his hand."

McGuinn was taken to Jefferson Torresdale Hospital. Police say he is expected to survive the incident.

Several witnesses were being questioned.