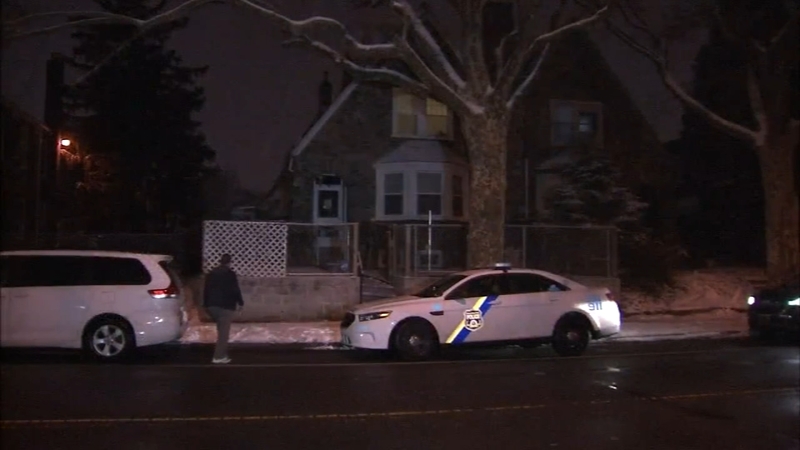 PHILADELPHIA (WPVI) -- A family in Philadelphia's Rhawnhurst section was terrorized overnight when three masked men burst into their home. Police said three family members were tied up and two of them were assaulted.

Officers responded to a report of a home invasion on the 2200 block of Rhawn Street around 1:30 a.m. Tuesday morning.

Mohammed Elshikh lives right next door to a husband and wife who were woken up in the middle of the night by about four men covered head to toe wearing masks.

"I heard some banging," said Elshikh. "it's crazy it could have been us."

According to investigators, the men climbed in through a first-floor window by removing a window air conditioner and then went downstairs and tied up a man in his 60s, beating him and leaving injuries on his face; his wife was also assaulted.

"The husband says he hears a loud thump, within a minute of that he hears some footsteps. He fully awakens and there's a male standing in their bedroom," said Philadelphia Police Lt. Dennis Rosenbaum. "He turns the light on, sees men wearing ski masks. He says it was three or four males and one hand a black handgun."

According to investigators, the men climbed in through a first-floor window by removing a window air conditioner and then went downstairs and tied up a man in his 60s, beating him and leaving injuries on his face; his wife was also assaulted.

"They pushed her head down into the pillow asked her for money. They didn't have any money they were beaten," said Rosenbaum.

Police said the victims were all tied with their wrists behind their back with rope and duct tape that was left behind at the scene.

Both husband and wife were transported to Nazareth Hospital and are in stable condition.

Police said there was another woman, a cousin, at that property. She lives in the house with her husband who was away at the time of the incident. The cousin was on the second floor by herself, according to investigators.

Detectives say multiple masked men broke into the house through a window and tied up three people. Katie Katro has more on Action News at Noon on February 12, 2019.

"The cousin was hit by a lamp, but the husband and the wife were hit by a gun," said Rosenbaum.
Police say those four men left out the same window they came in through but it's unclear how they got away.

Investigators said they are unsure as to a motive at this time.

"This could be they picked the wrong house, possibly had bad information on the people," said Rosenbaum. "They had no reason to target these people and they have no idea why they would have been targeted."

According to investigators, the only thing taken from the home was $400 and a cell phone, but police can't track the cell phone.

There is surveillance video in the neighborhood that police are reviewing.

Anyone with information on this incident is asked to contact detectives.