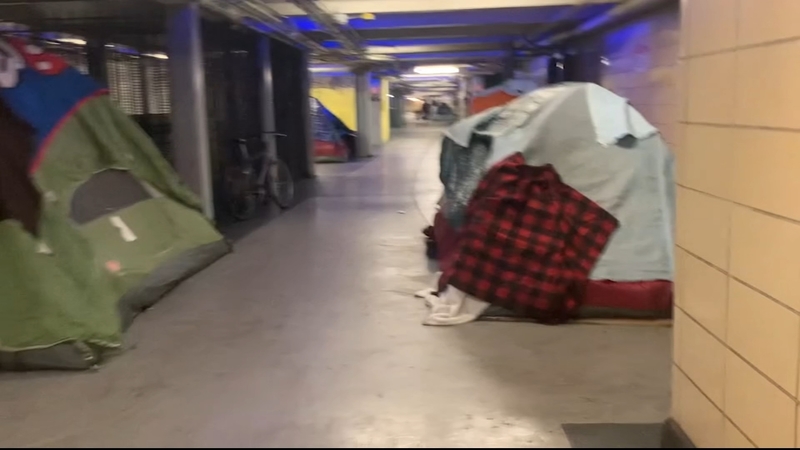 PHILADELPHIA (WPVI) -- Philadelphia has long had pockets of homelessness, and right now, one of those pockets exists in the PATCO stop in Center City.

When you walk down into the PATCO stop at 12th and Locust streets you will find a growing homeless encampment. Officials with the Philadelphia Office of Homeless Services says it's something they're working on.

"We've been aware of the people in that particular location I would say since late fall, early winter," said Liz Hersh who is the Director of Homeless Services.

Hersh says they make resources available to the homeless there each day.

On Monday, officials with PATCO, which is run by the Delaware River Port Authority, say they are willing to help in any way they can.

"PATCO only controls the paid area. Now we're collaborating with the City of Philadelphia to try and help resolve the problem," said John Hanson, the CEO of the Delaware River Port Authority.

We also spoke with someone who now calls one of the tents home.

"Down here it's like its own world," said Tim Williams.

For PATCO and SEPTA's paying customers, it's certainly not ideal.