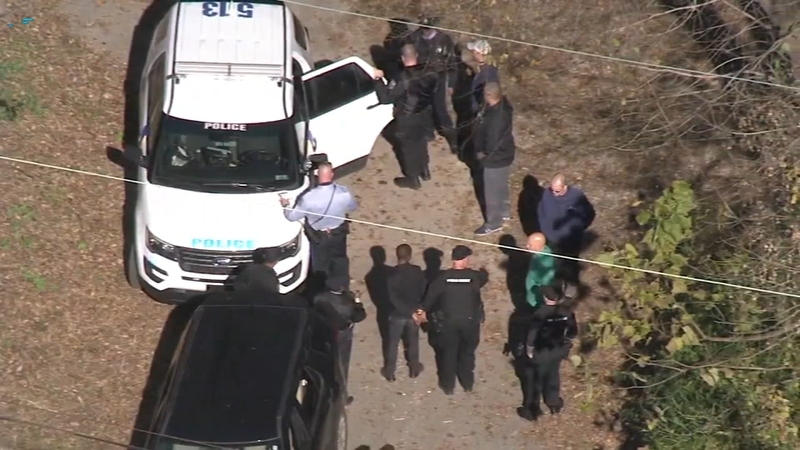 Police: 5 teens in custody after ransacking house in Andorra

PHILADELPHIA (WPVI) -- Five teenagers were taken into custody after the ransacking of a house in the Andorra section of Philadelphia.

The young men were arrested Thursday afternoon thanks, in part, to two off-duty police officers who chased them over two miles.

Philadelphia Police Captain Malachi Jones said, "This was quite a chase. And kudos to these officers. They were off-duty for one. But they love their job obviously. They saw a crime being committed. They whisked right into action."

Around 12 p.m., police say the homeowner on the 8600 block of Belfry Drive received an alert from his surveillance system.

Cameras showed a group of teenagers inside the house. It was the second break-in at the address in a month.

He came home and confronted the six young burglars who took off dropping stolen belongings, including cash and electronics along the way.

Two neighbors, who happen to be off-duty cops, took off after them.

Police on patrol, even the police chopper, joined in and five of the six suspects, ranging in age from 15 to 17, were finally apprehended in the 7800 block of Nixon Street, more than two miles away.

"It was a joint effort and it came to a good conclusion with the offenders being apprehended, merchandise recovered, and nobody hurt," added Jones.

Police say there have been several other burglaries in the neighborhood recently and they'll look at whether these young men might be responsible.

Authorities say the suspects are not from the Roxborough area, but Tioga-Nicetown.