PHILADELPHIA (WPVI) -- In Philadelphia Tuesday, the ice from yesterday's freezing rain finally loosened its bitter grip on the region thanks to rising temperatures.

The thaw out happened just in time for Daroff Charter School students in West Philadelphia, arriving on a two-hour delay.

An employee at Dobson Elementary in Manayunk was up early in the morning salting dangerously slick sidewalks just before students arrived for a full day a school.

There was still plenty of slipping and sliding. Pedestrians held on tightly to anything they could.

Many spent the first few minutes of their morning scraping away their ice enclosed cars after freezing rain fell on an already frozen ground.

And though the ice was slowly melting with rising temps, it couldn't happen fast enough for those who needed to get to school or work.

"I thought the roads would be a little bit better. They're still pretty icy," Jeremy Bleam of Manayunk said.

The School District of Philadelphia had regular hours despite dozens of other school districts posting delays due to the icy conditions.

Whitney Moore dropped off her two daughters, frustrated that parents and children weren't given a break given the conditions.

"I almost got stuck and before I even got in my car, I almost slipped like four times because nobody has salted yet," Moore said.

The school district said it considers a number of factors when deciding whether to delay or cancel school. And it felt the Streets Department did a thorough enough job last night that roads would be safe enough to travel.

The Streets Department was out in full force deploying dozens of trucks with 35,000 tons of salt at their disposal.

Chris Maguire of Manayunk said he thinks the school made the right call both yesterday and today.

"I was hoping that it would be a full day today because we had a half day yesterday and, I want everyone to be safe, but I also want the kids to go to school," Maguire said. 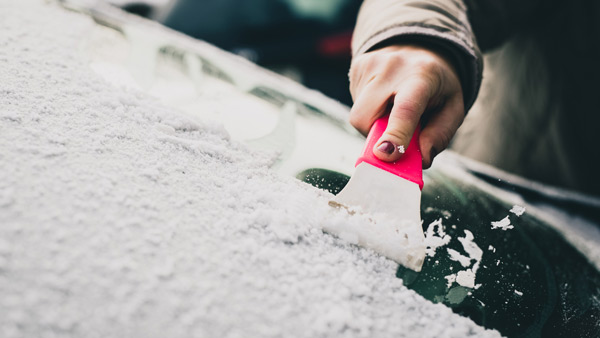 Tips for deicing your car's windshield