Philly Proud: Teen is running toward the future 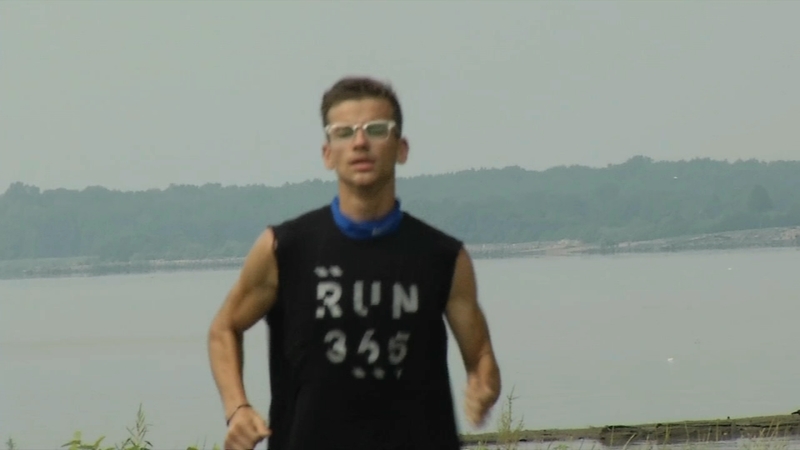 Philly Proud: Teen is running toward the future

The student runner first laced up as a way to earn scholarships for college.

Jose Rivera-Yetter has his feet firmly on a path to the future. We caught up with him at Battery Park in New Castle, Delaware, where he runs every day.

This summer, he competed in ESPN's Rise Games in Orlando, Florida and came home with four medals.

"My goal was to get one and I ended up with four somehow. I was very surprised," he said.

"These are national medals. So you have to run a certain speed at nationals and be one of the top eight at nationals. And they do little things like that all around the nation with like a whole bunch of teams. And the top eight in all those events meet at the Junior Olympics."

And so off he went to the Junior Olympics held in North Carolina in early August.

"And I was lucky enough to be in the championship group and I was able to get top 10 out of the 81 who even had to qualify to be there so that felt good."

He'll be a junior at Howard High School this fall, studying nursing. His ultimate goal is to be a nurse practitioner. Early on he saw running as a way to further his studies.

"As soon as I reached high school I was trying to figure out a way to just not be in debt coming out of college and my best way - I just figured - maybe if I could just run and keep my grades up, that hopefully, it would all fall into place."

He admits he wasn't the fastest runner when he started. It's taken dedication and lots of work to get to this point.

"I wake up at like 4. I go for like a seven-mile run. Then I go to school and then after school, I have cross country or track practice."

"My friends think I'm crazy for waking up so early. I send - there's a group chat for our track team - I'll send them my runs at like 4 a.m. and they're like, 'dude we're still asleep,'" Jose said.