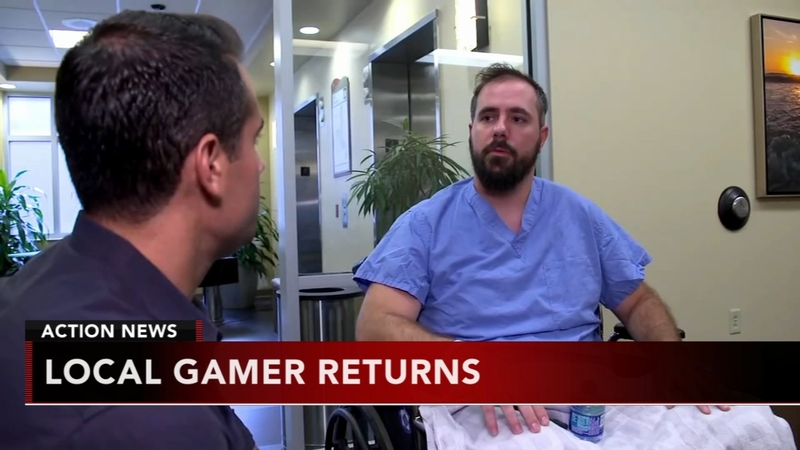 PHILADELPHIA (WPVI) -- One of the ten people injured during a shooting at a video game tournament in Florida arrived at Philadelphia International Airport overnight.

Only Action News was there to speak to Chris McFarland, a gamer from Upper Darby.

He killed two people and wounded ten others before fatally shooting himself.

McFarland was grazed in the head.

He says he saw the shooter and heard at least ten shots being fired.

"It all happened really fast. I had got hit in the head, wound up turning around, dropping to the floor and I remember looking back while I was on the floor, and seeing the shooter about 15 feet in front of me emptying his gun into a group of my friends. It is something I want to remove from my mind right now," says McFarland.

Despite the terrifying experience, McFarland says he will return to gaming tournaments in the future.