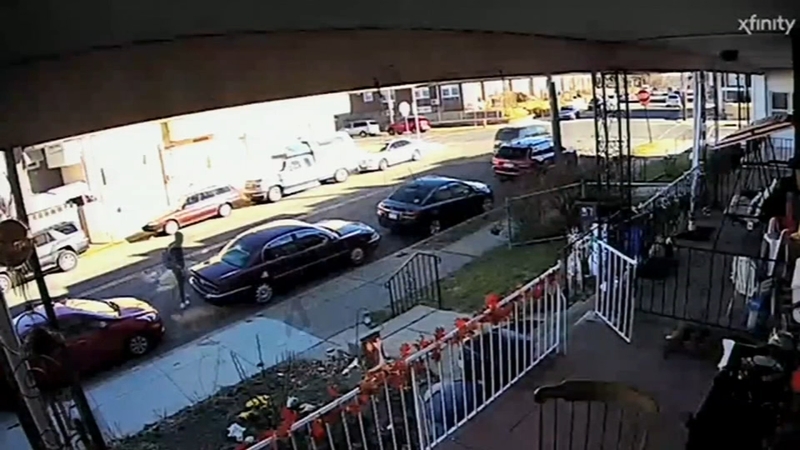 LAWNCREST (WPVI) -- A Philadelphia family is hoping a Grinch finds the spirit of Christmas in his heart and returns the gifts he stole from them.

The gifts were inside the trunk of their car which was taken from right outside the family's home on the 300 block of Deveraux Avenue in Lawncrest on Tuesday.

Victoria Mongoni's husband left the engine running to warm up the car so his baby wouldn't be cold. He thought it would only take a minute to go back inside the home and get the baby - but it only took a minute for a thief to steal the car and Christmas along with it.

"I just feel bad for my husband because he feels like it's his fault because he started the car and left it running. But you should feel safe with your car in front of your house," said Mongoni

The 1998 Buick Park Avenue was not only the family car, but it was also Mom and Dad's special sleigh. All of the Christmas presents for their children were hidden in the trunk. Mongoni said it seemed like a safe spot from snooping little ones.

"It's a good hiding place from the kids, instead of in the house someplace," she said.

The couple made a commitment to sobriety about a year and a half ago and this Christmas was going to be special.

Mongoni, the mom of two, is making a plea to the man seen on surveillance video - keep the car if you need it, just bring back what was inside for her kids.

"I can't say that Santa didn't make it. Santa always makes it," she said.

Anyone who recognizes the suspect is asked to call police.