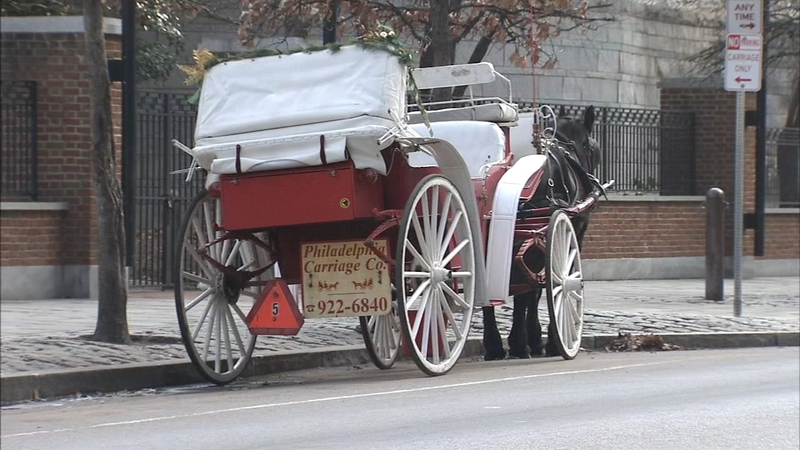 PHILADELPHIA (WPVI) -- All of the horses belonging to the Philadelphia Carriage Company will soon be handed over to the city of Philadelphia.

An agreement was reached Thursday following an emergency motion for a preliminary injunction against the Philadelphia Carriage Company.

Animal rights activists claimed the horses were being kept in inhuman conditions and were too sick to work. The Animal Care and Control Team and the Department of Licenses and Inspections issued violations after a June inspection.

Among a long list of concerns from the inspection, PCC was cited for not having appropriate roaming space for the horses, found the stables to be dirty and have poor ventilation. Some of the horses were malnourished and found lying in their own waste.

After initially appealing the violations, PCC came to the agreement to close the stables after working with the city's legal department.

Once the agreement is signed, the animals will be moved to a care-taking facility that specializes in the rescue of draft and carriage horses. All of the horses be moved, beginning Dec 31st.

A spokesperson from the Mayor's office issued the following statement regarding the settlement Thursday:

The City of Philadelphia and the Philadelphia Carriage Company have reached an agreement that provides for the safe and humane transfer of all of PCC's horses to a responsible, humane caretaking facility, that specializes in the rescue of draft and carriage horses. The Law Department is exceptionally pleased that this matter was able to be resolved amicably, quickly, and with the best interest of the public and the horses in mind.