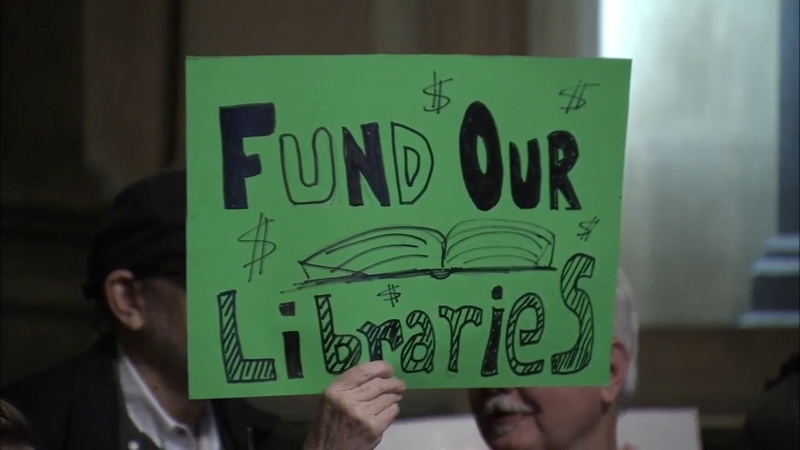 They say the $41 million in yearly funding has not been increased since 2008, and that translates into a 17 percent drop in 2018.

The mayor was not in the office to see the protest. His staff says he has already promised to increase open hours in the months just ahead.

The mayor will reveal his new spending plan early in the new year to City Council.