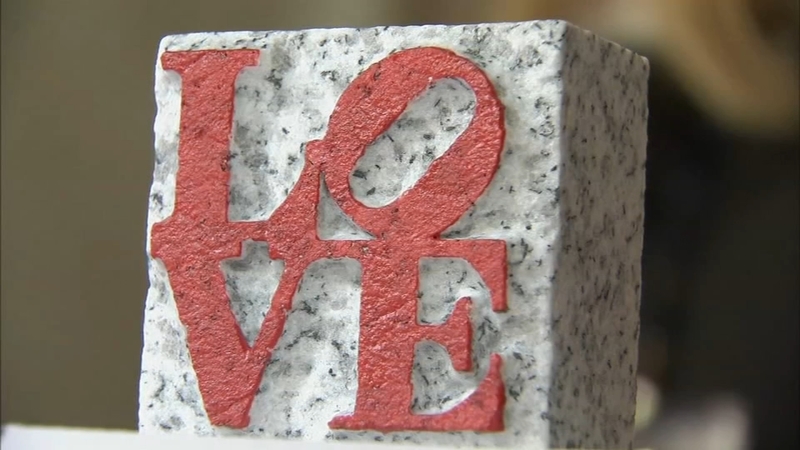 PHILADELPHIA -- Philadelphia officials hoping to sell engraved blocks from the original Love Park on Friday were surprised to learn about an hour before the granite keepsakes went up for grabs that they didn't have the right to sell them.

A spokeswoman for the city's parks department said officials "incorrectly assumed" that they had permission to sell the small souvenirs, which are marked with the iconic lettering of artist Robert Indiana's LOVE sculpture.

She said she couldn't immediately pin down where the bottleneck occurred but she remained optimistic that the city would clear up the matter as soon as possible, especially since the LOVE lettering is ubiquitous in Philadelphia.

The city aimed to sell 250 of the mementos at a Christmas market for $50 each. A long line had formed, but shoppers' names instead were added to a reservation list.

Love Park was an internationally known destination for skateboarders. It is currently undergoing a major makeover. A large amount of granite was saved for use in other skate parks, and the city says keepsake sales will in part benefit their upkeep.