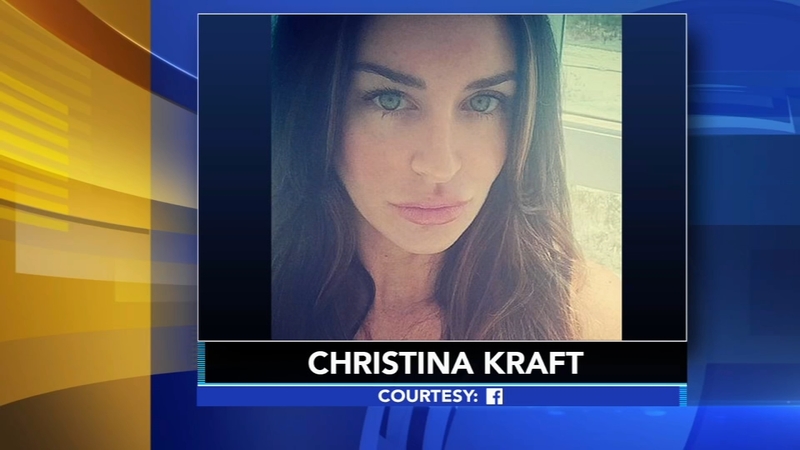 PHILADELPHIA (WPVI) -- Police have arrested a man who they say burglarized the Main Line home of a model just three days before she was murdered.

Andre Melton, 31, was captured during a traffic stop in Southwest Philadelphia Wednesday night.

John Welsey Harris, of Johnstown, Pennsylvania, was charged with her murder. He was arrested as he got off a bus in Pittsburgh in August, according to Lower Merion Township police and the Montgomery County District Attorney.

Harris was charged with first-, second- and third-degree murder along with robbery, theft and related offenses in the slaying of Kraft.

Court records showed Harris had just been released from state prison on July 15. He was serving time on a list of charges including assault. Officials said he was staying with a sister in Southwest Philadelphia.

According to investigators, Kraft left her apartment on Sibley Avenue in the early morning hours of Wednesday, Aug. 22 and used Lyft to go to the 1400 block of Chestnut Street in Center City Philadelphia.

A short time later, the two entered a vehicle.

Kraft's body was discovered on the evening of Aug. 22 during a wellness check by police.

"Christina was beaten, and the beating was substantial. Her nose was broken, she had black eyes, there was a lot of blood," Steele said. "Then she died of strangulation. Something was put around her neck."

During an October preliminary hearing for Harris, he told investigators he thought he was going back to Kraft's apartment to sell her $1,200 worth of cocaine.

Harris allegedly claimed the two used some of the drugs and then had sex.

He described a violent struggle in which Kraft hit him with a glass bottle and he slapped her, repeatedly punched her and tied her up when she tried to flee. He gave her a phone when she asked to call her dad, he said, but he started to choke her when she tried to call 911.

Kraft was a model who according to a booking page credited herself with a "tasteful photo shoot for Playboy that was beyond Hollywood glamour."