For approximately 30,000 runners, Sunday's Philadelphia Marathon was a life-changing experience, especially for John Allen and Amy Duncan of Harrisburg.

That is especially true for John Allen and Amy Duncan of Harrisburg, Pennsylvania.

John proposed to his girlfriend Amy right after she completed the 26.2 mile run and crossed the finish line.

While Amy was focused on completing her third marathon, John was making sure everything was going as planned - but he didn't take into account the quickness of the runners.

"You guys were moving quick. I didn't have a lot of time. I should have been there sooner," John told Amy.

Relief was only one of the feelings John had after pulling off the surprise at the Philadelphia Marathon.

"Crazy. Ecstatic. Nervous. I think I have a cramp. I feel like I ran a marathon," John said.

As for the chilly temperatures - "I can't even feel it," Amy said.

Congrats to the engaged couple - and to Amy on completing the Philadelphia Marathon! 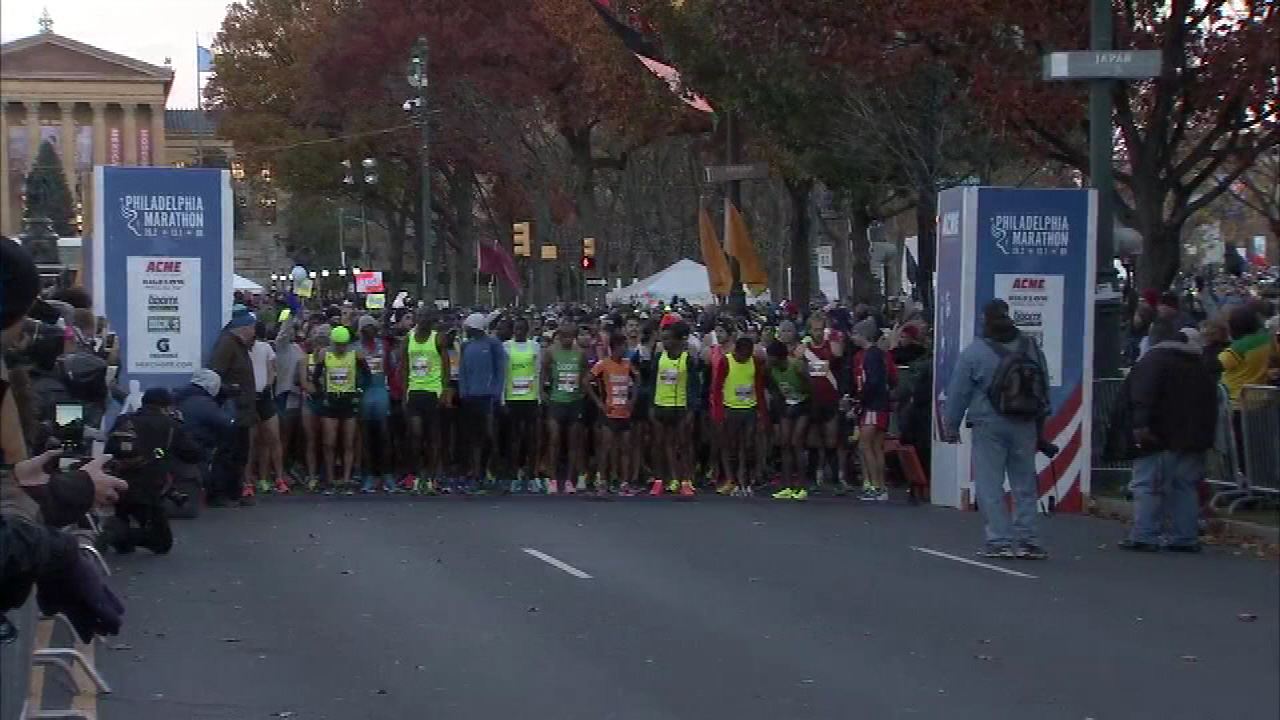 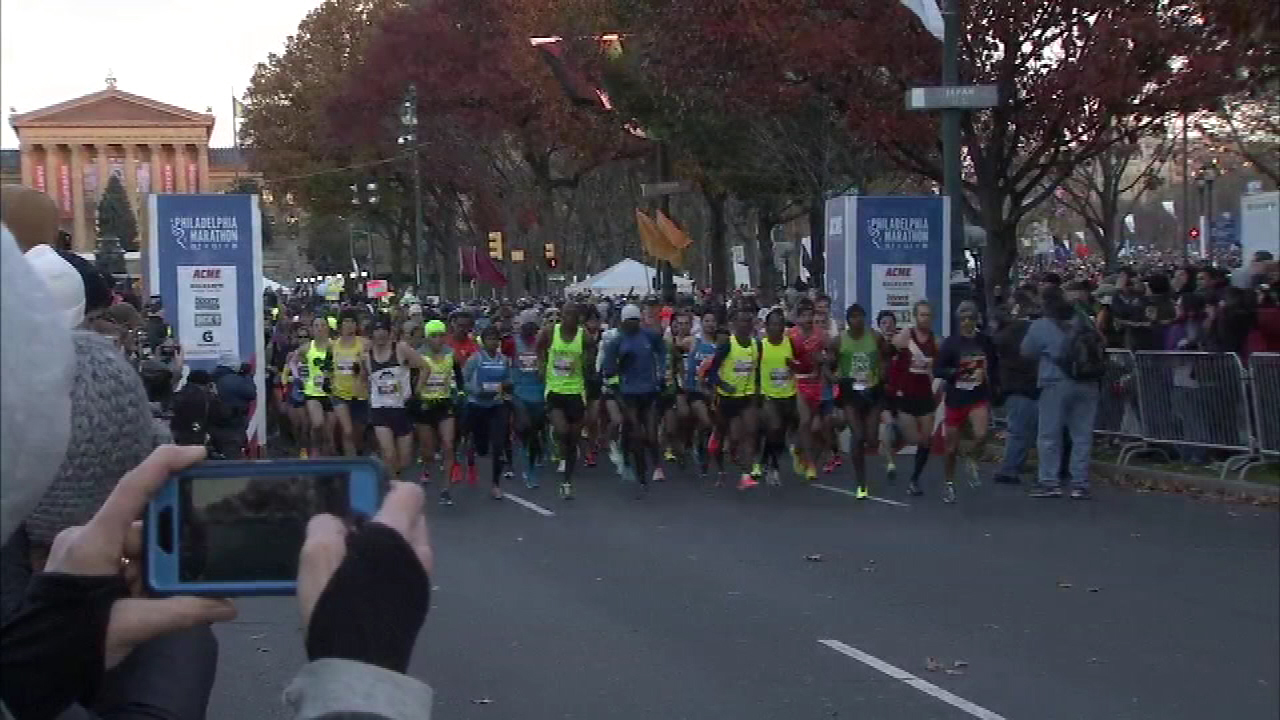 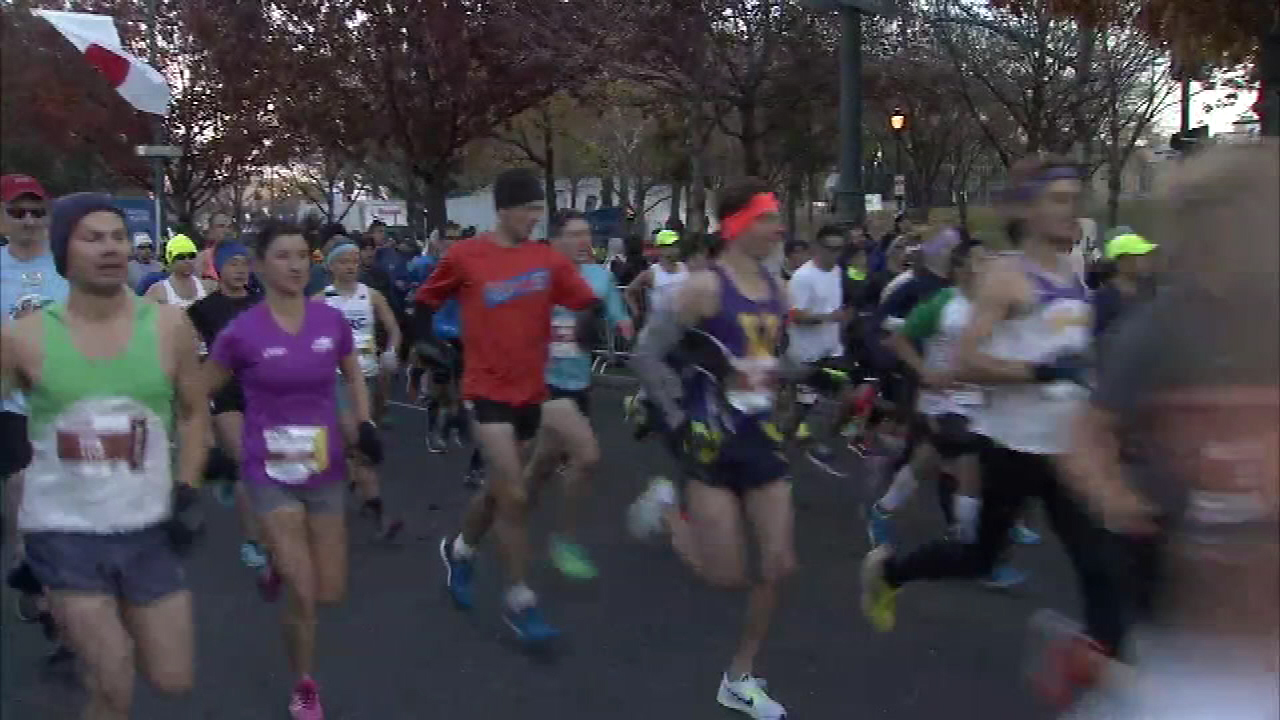 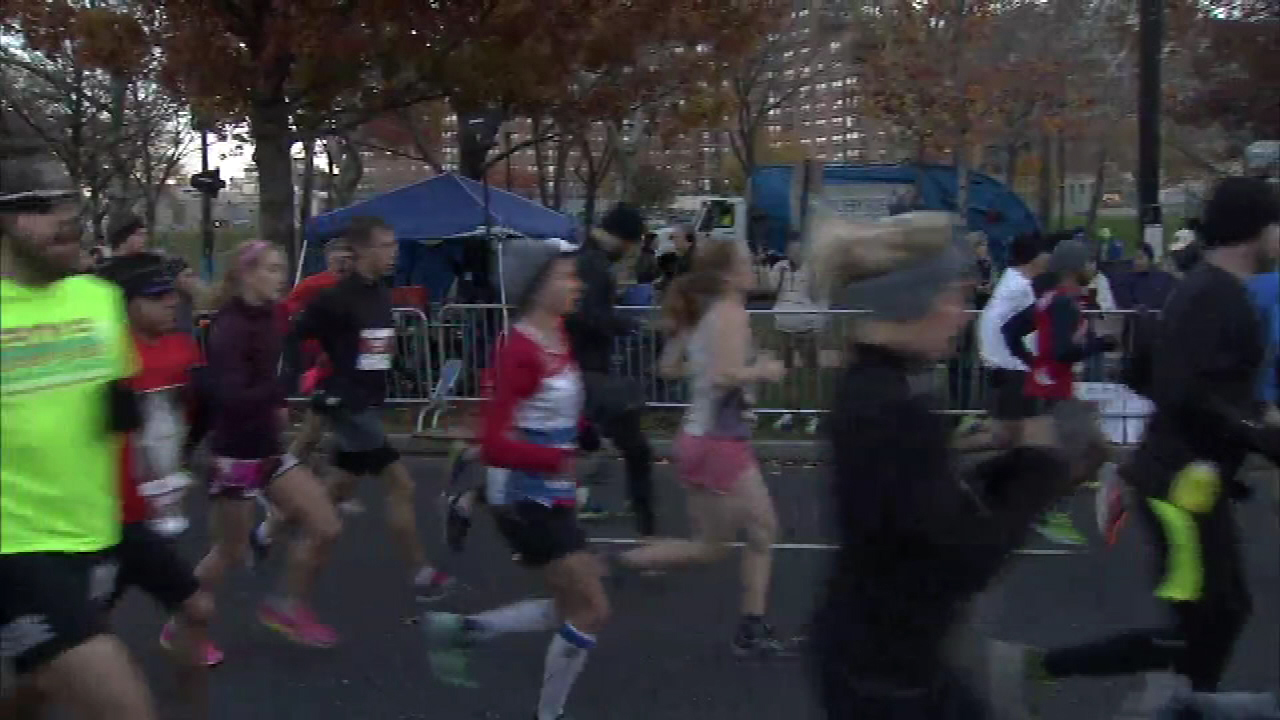 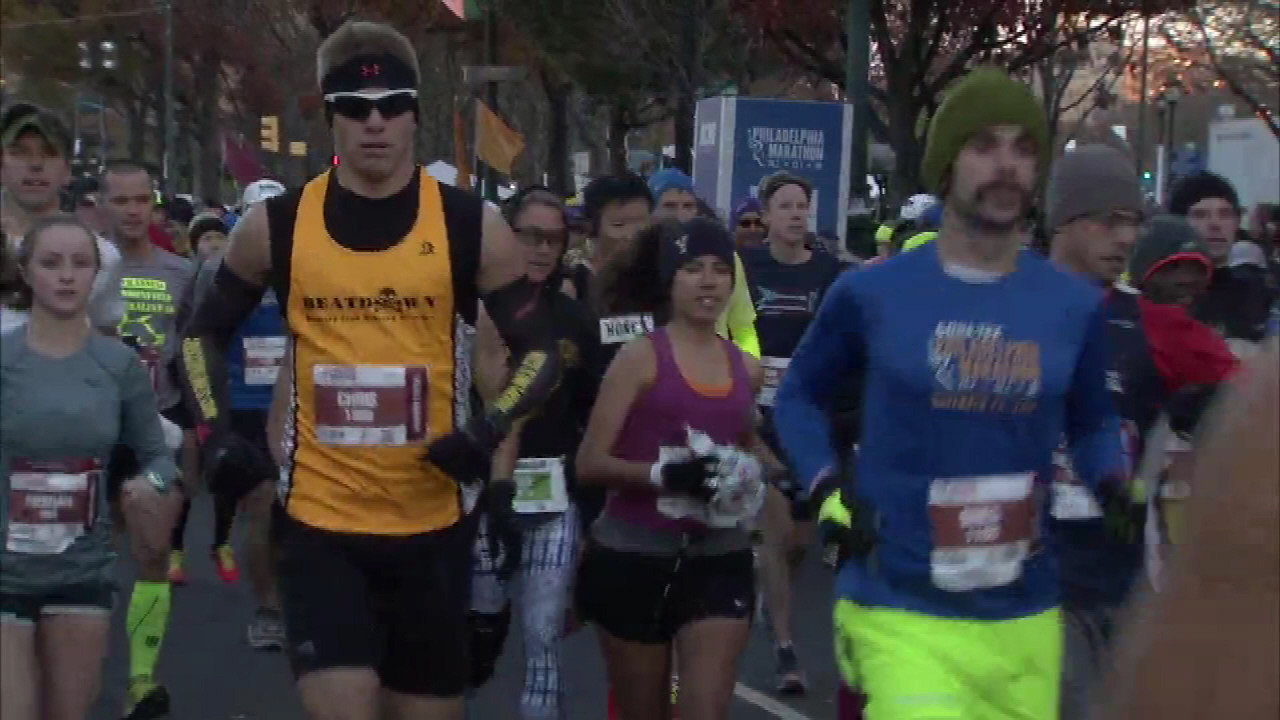 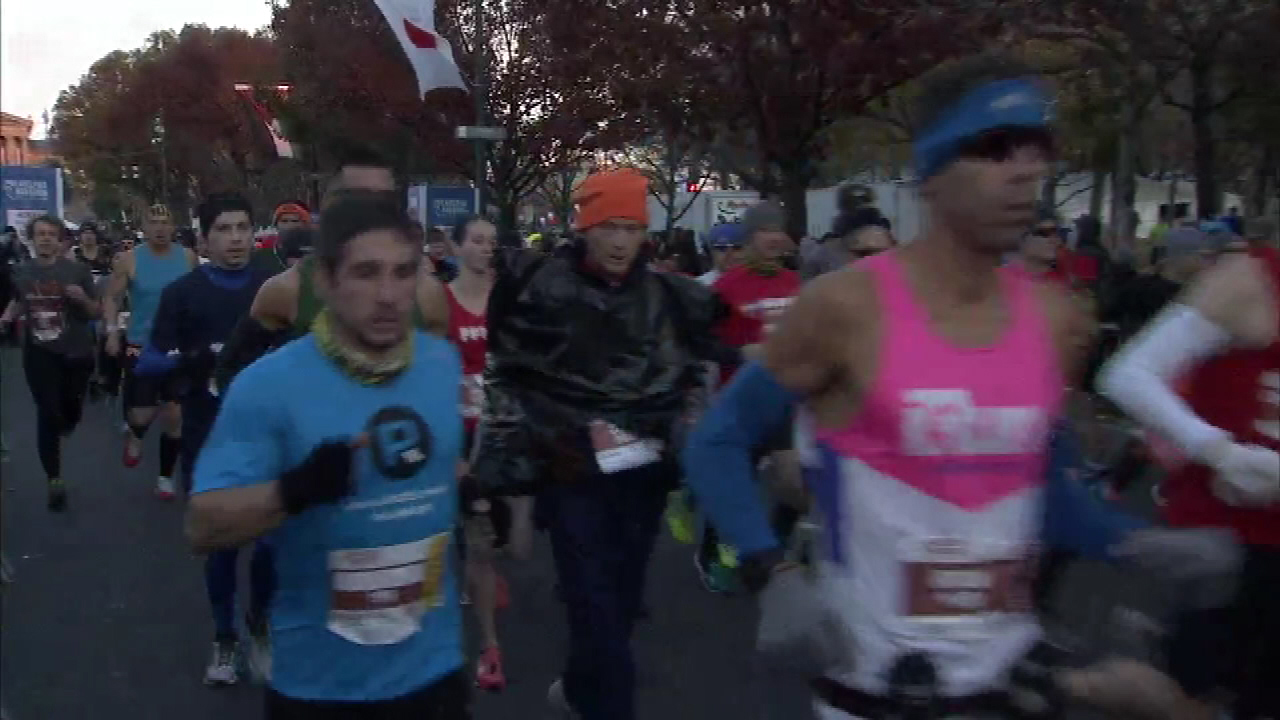 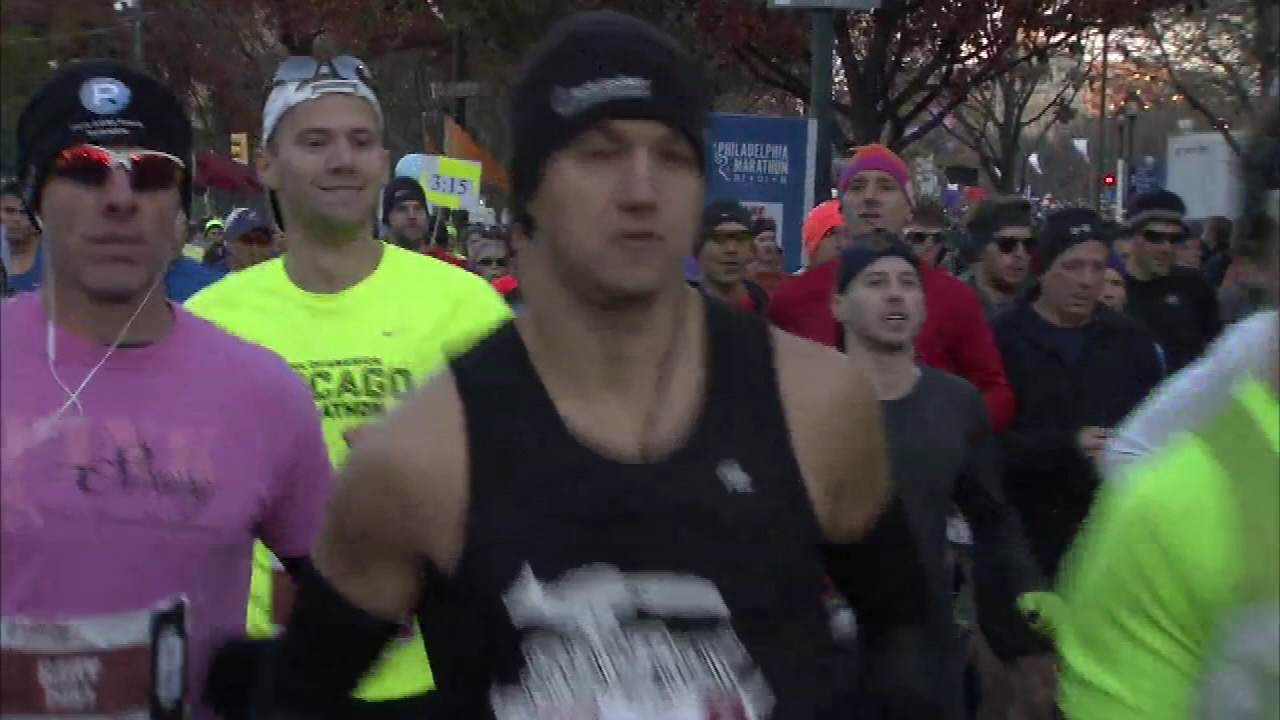 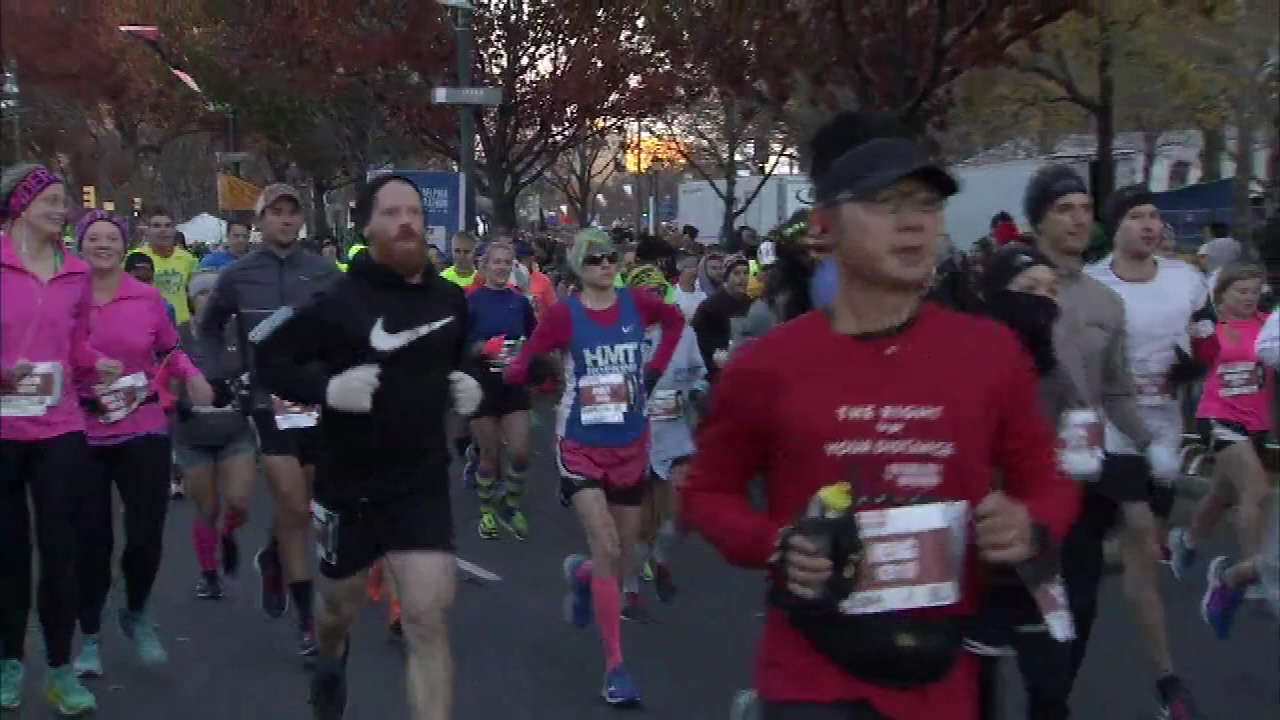 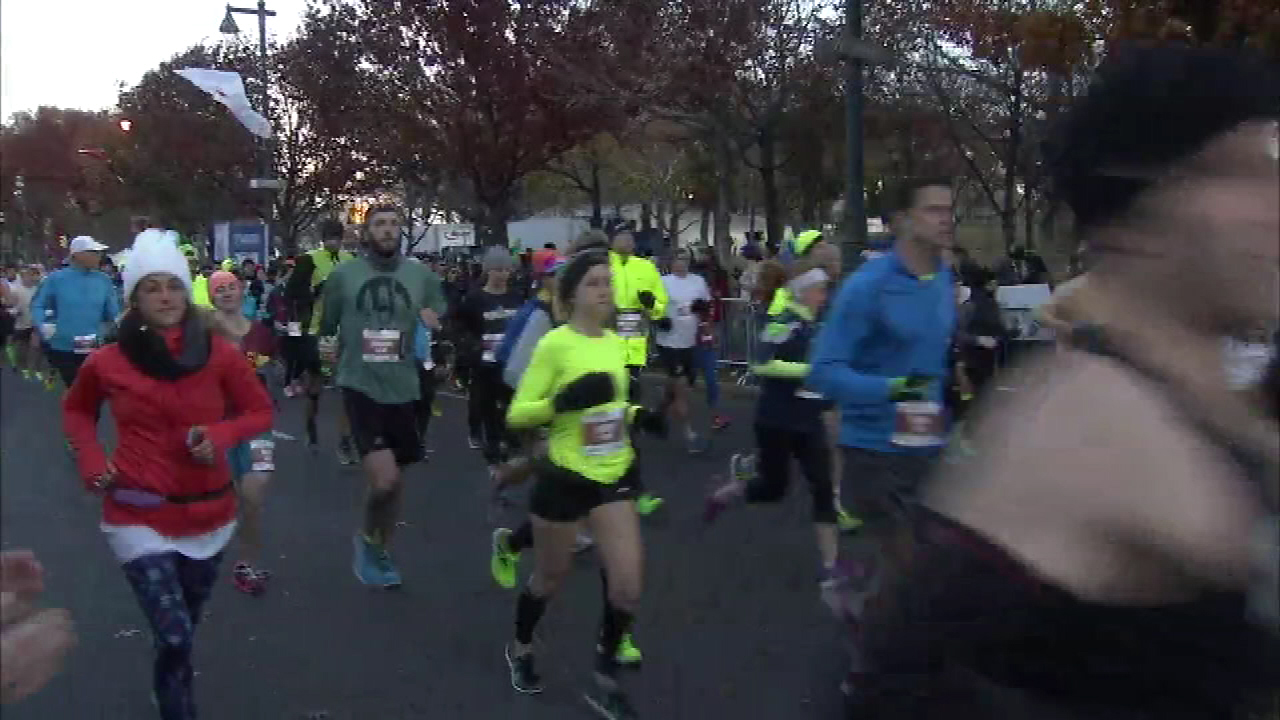 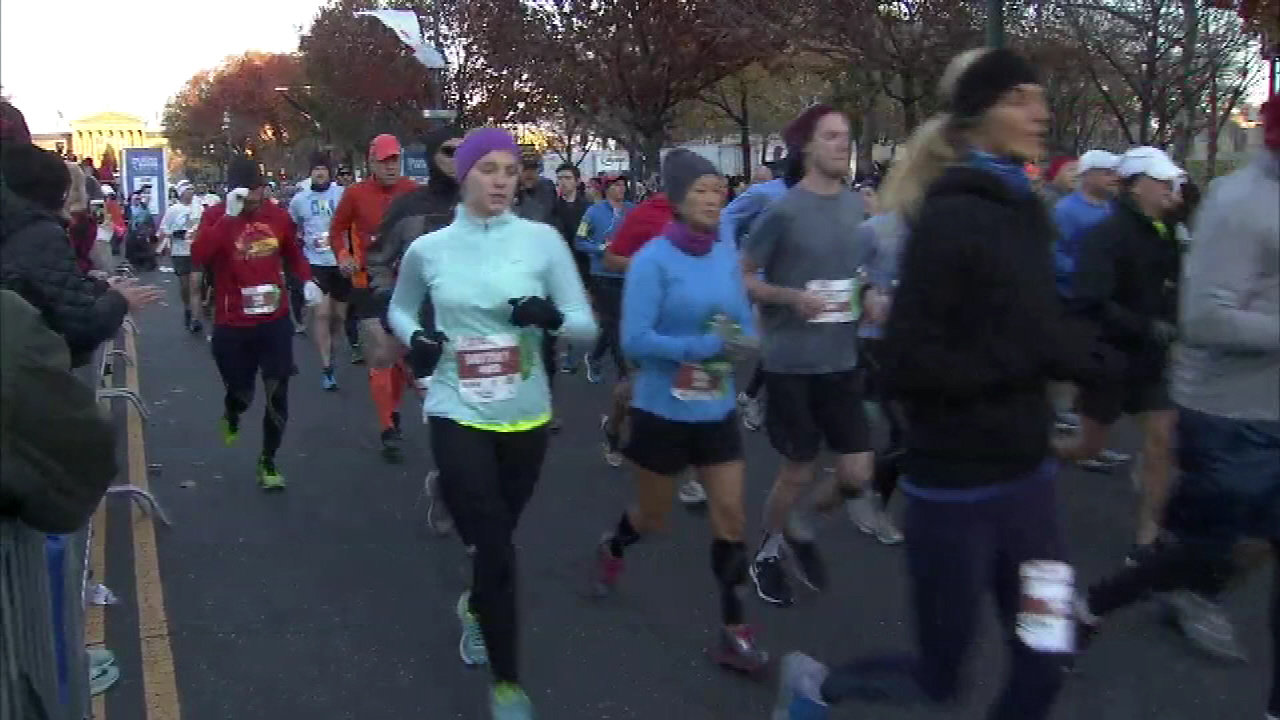 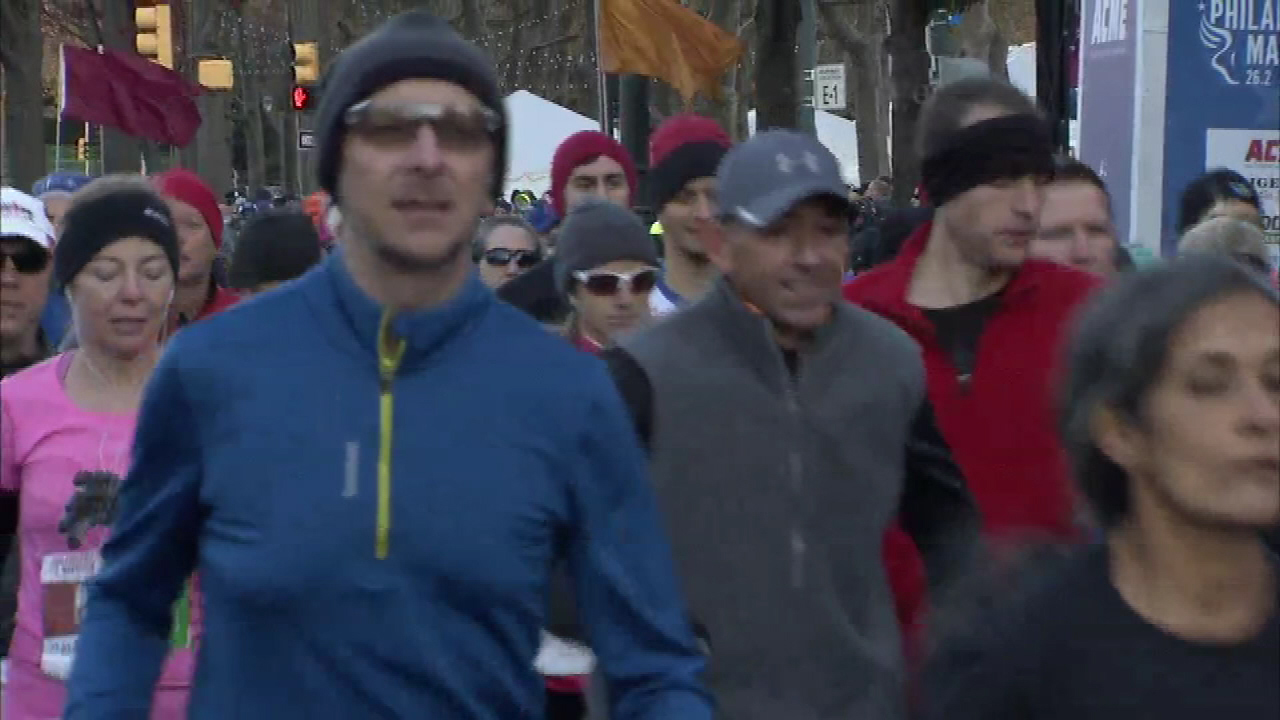 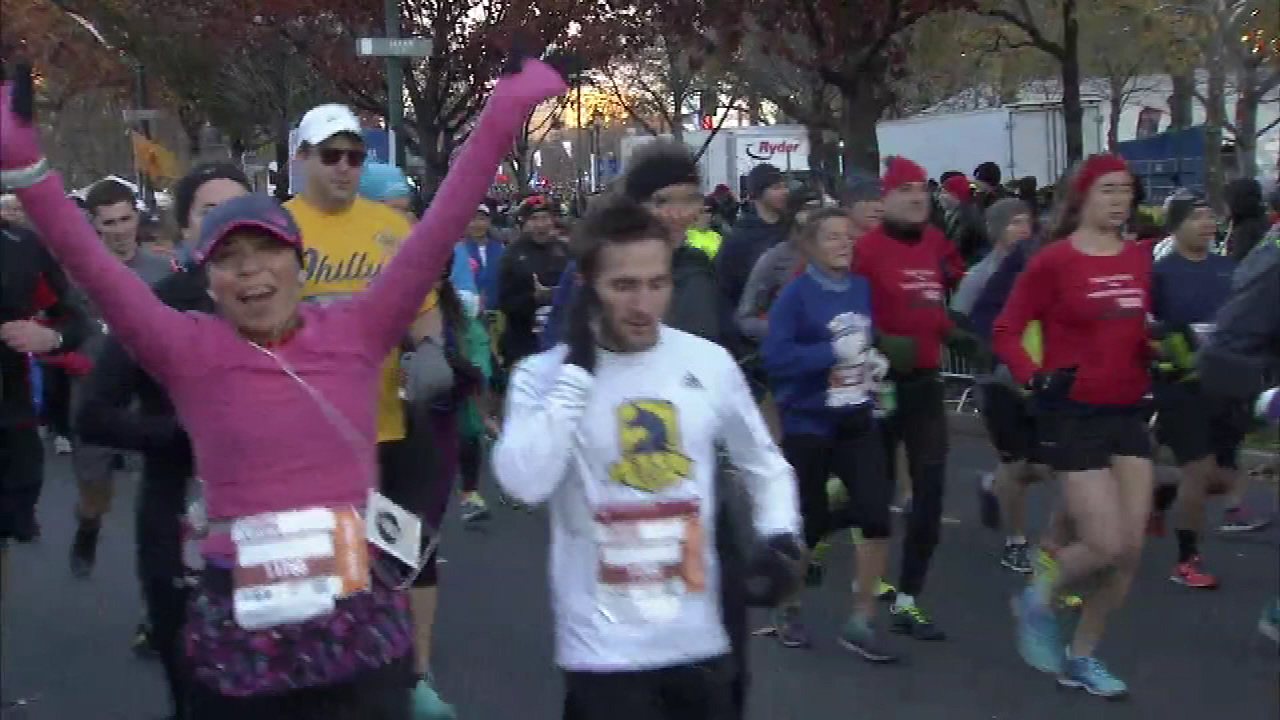 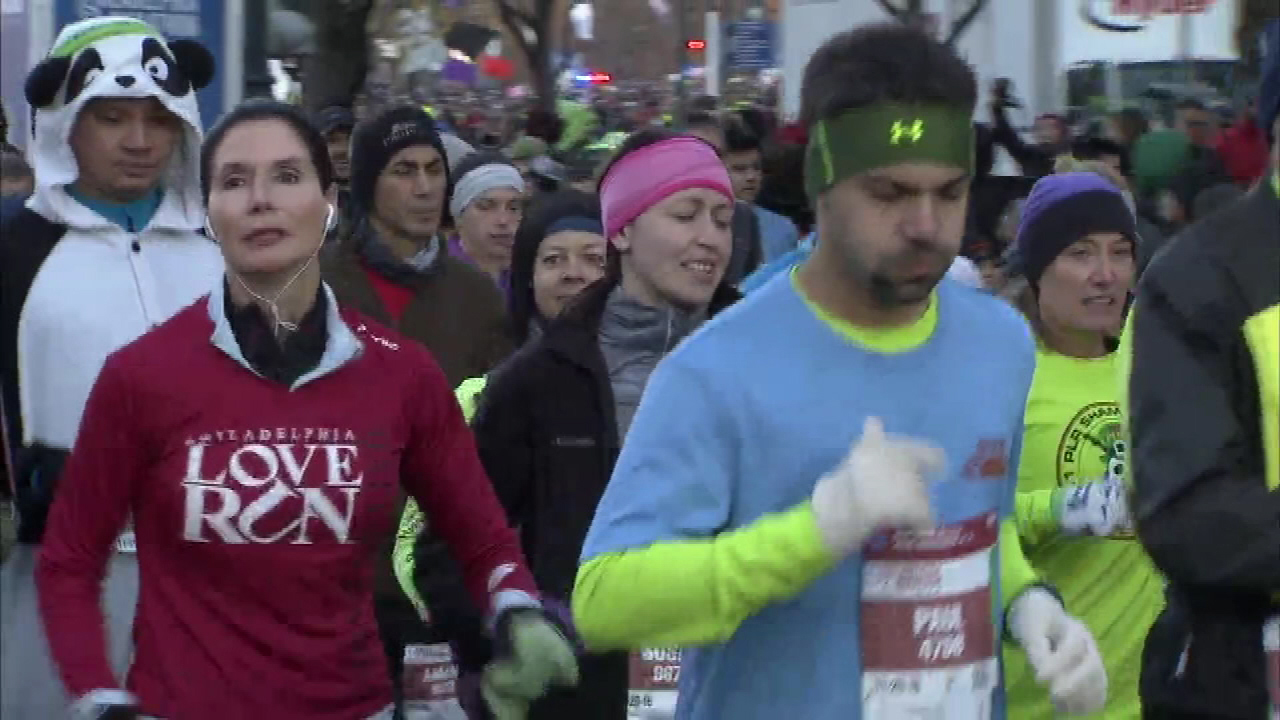 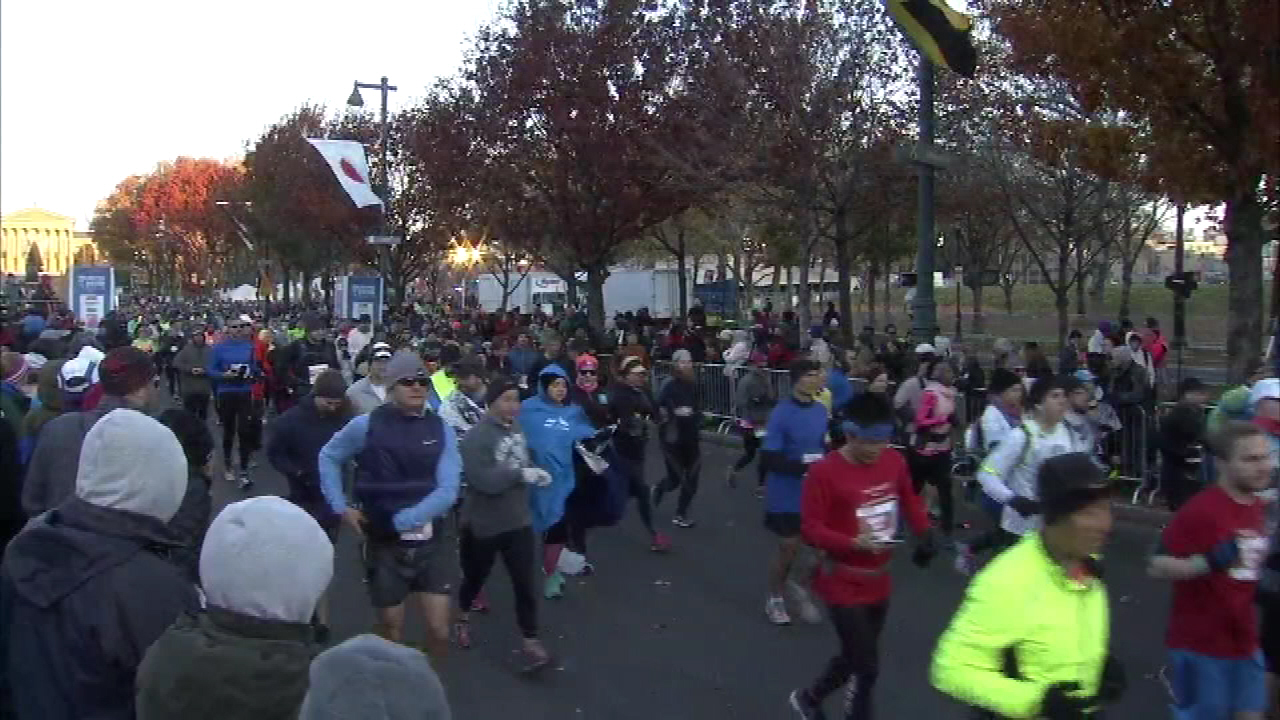 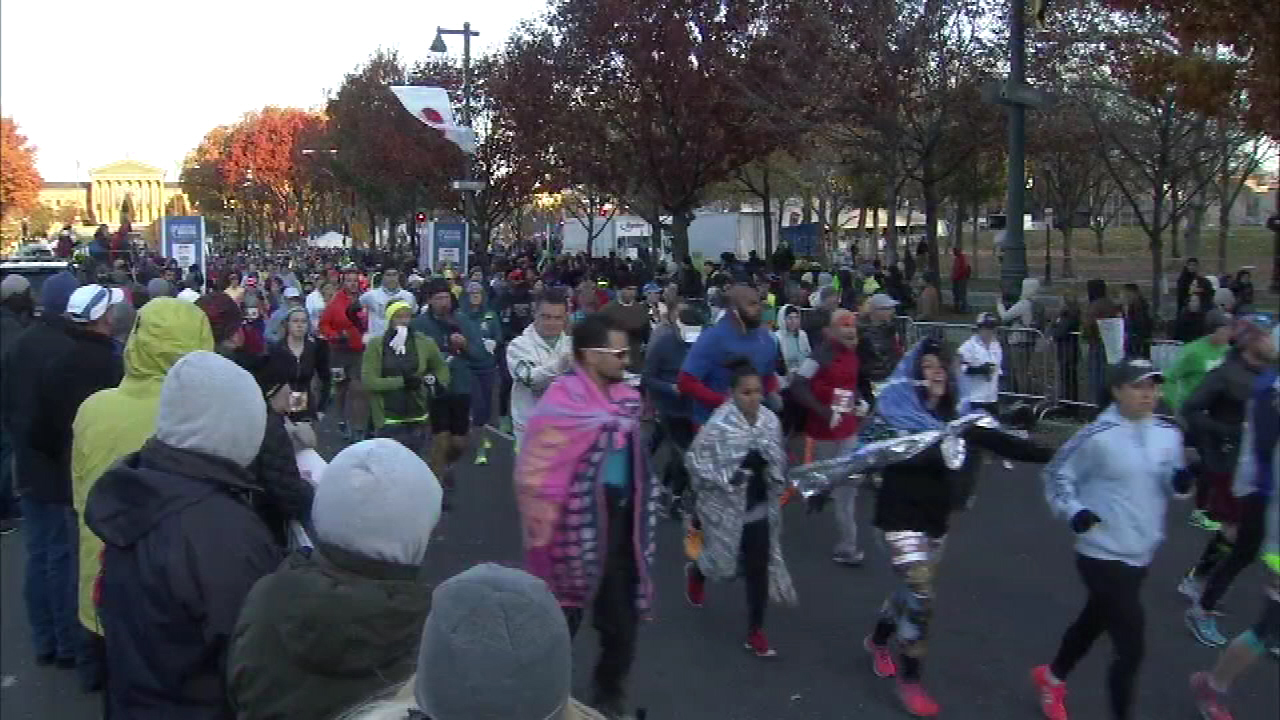 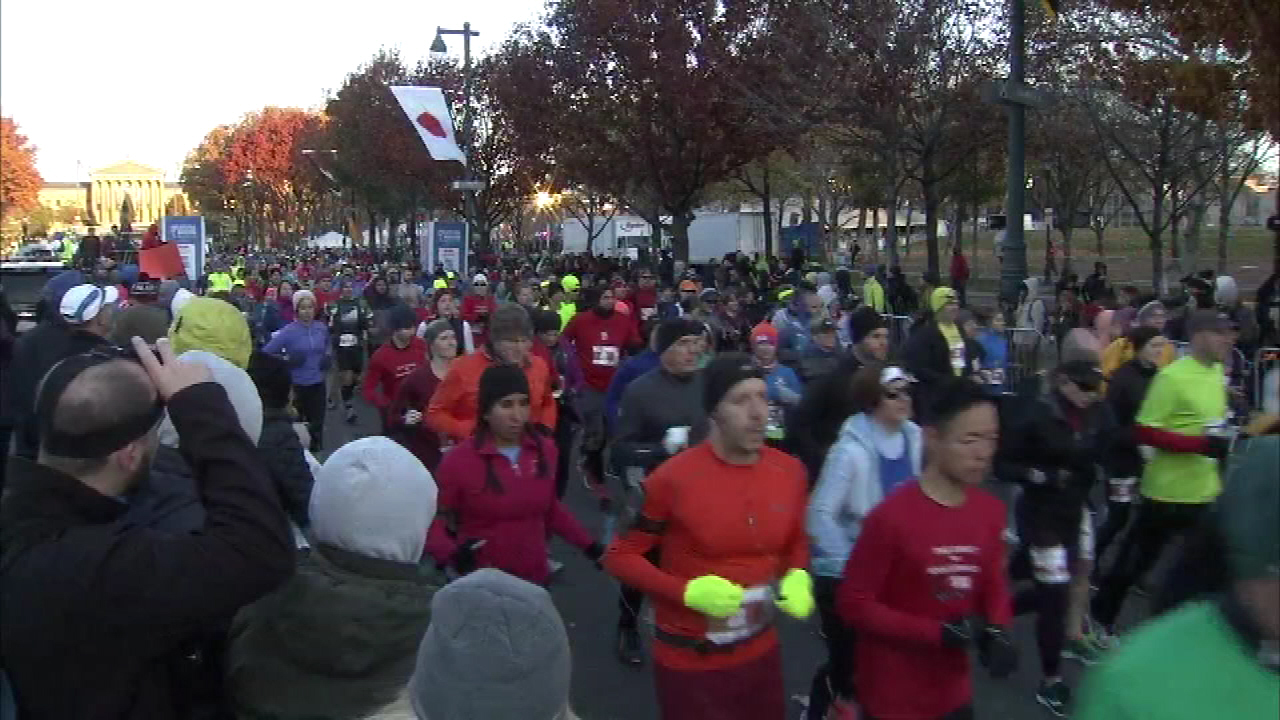 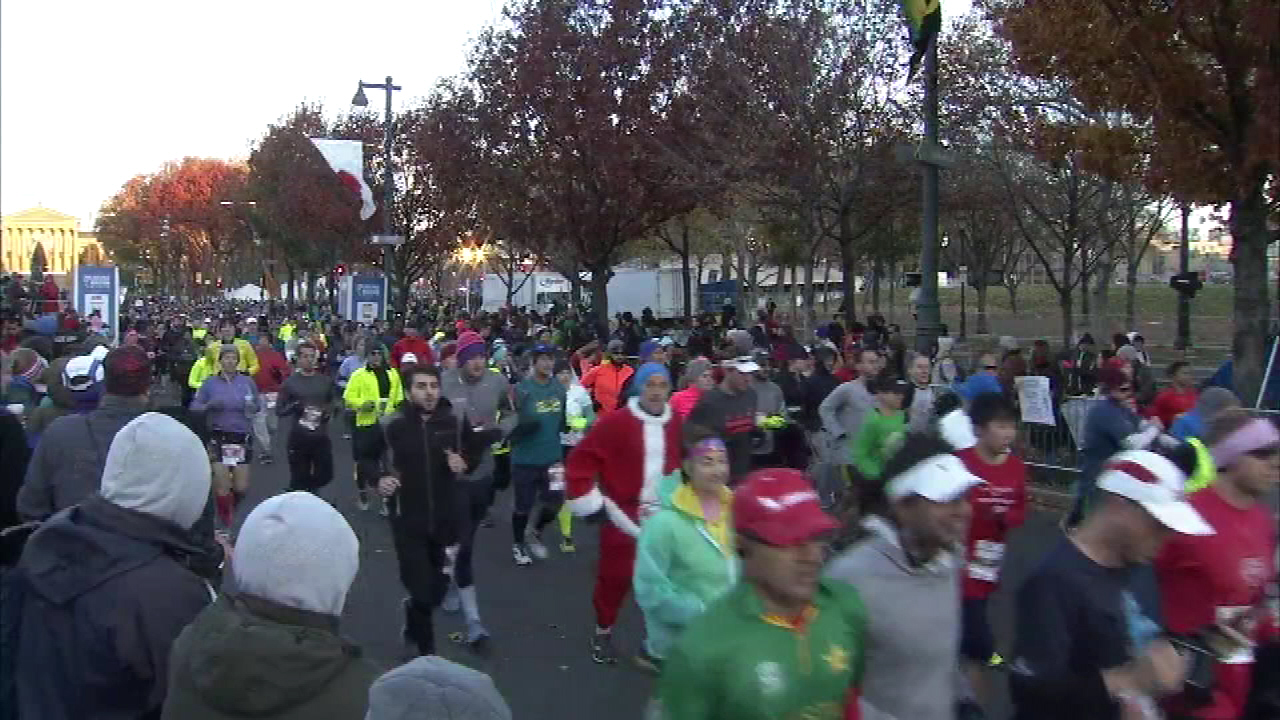 Before any running took place, getting warm was priority No. 1.

The Philadelphia Marathon saw its participants huddling in tents, dressed in many, many layers and braving winds.

"It should go down as the sun comes up ... we're hoping, definitely," said Jess Lehr of Radnor.

That hope never materialized. Once the race started, the wind was still whipping, but runners didn't seem to care.

According to the Marathon, Cheruiyot broke the course record with a finish time of 2:15:52.

"I was surprised that I kept my gloves and hat on longer the whole way, but it wasn't too bad," said Ward, Woman's Marathon Champion.

The Action News team was cheering on a member of our family, too! Action News meteorologist Adam Joseph finished with a time of 3:19.

The race took the runners down the Ben Franklin Parkway to Penn's Landing through University City to Fairmount Park all the way into Manayunk before getting to the finish line at Kelly Drive and Spring Garden Street.

60,000 people were estimated to be watching the race.

There are a number of road closures due to the Marathon. The city expects most roads to reopen by 4 p.m.