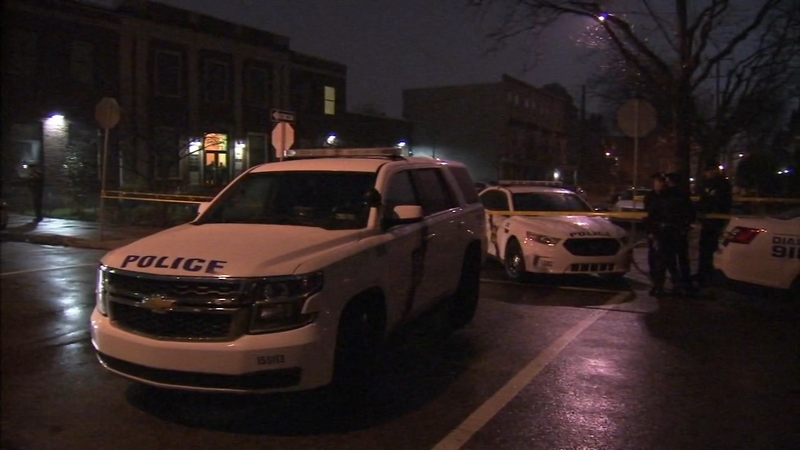 PHILADELPHIA (WPVI) -- A man has been arrested for the murder of his landlord and two roommates inside a home in the Tioga-Nicetown section of Philadelphia.

Tahzay Young, 23, is accused of killing the three victims late last week and leaving their bodies wrapped in blankets.

"This is a particularly vicious crime in the way that all of these people were killed," Philadelphia Police Commissioner Richard Ross said at a news conference Thursday.

The bodies were found around 7:30 p.m. Saturday in the 1900 block of West Venango Street.

Investigators say Young was being evicted from the house by his landlord, 92-year-old William Harrison, because he couldn't pay his rent.

Capt. John Ryan said it was unclear if the eviction was the motive for the killings.

Harrison and 57-year-old Earl Cottle were found dead in the basement with blunt force trauma to the head.

Harrison and Abdulla were a couple, police said, and Cottle was Abdullah's brother.

"We have reason to believe that this individual stayed in this house at least one day or more after he killed these people," Commissioner Ross said.

Young was arrested in the area of 16th and Chestnut in Center City on Wednesday while allegedly using Harrison's credit card.

He will be charged with murder, robbery and related offenses.

Young also had an active arrest warrant out for a burglary. He had three priors, including a 2014 theft arrest.

He was released from prison in July of this year. However, he's back in jail, facing three murder charges.