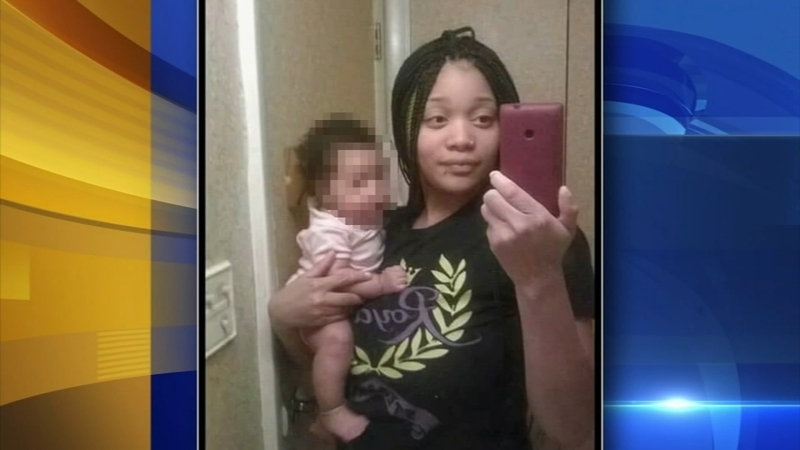 Vigil for mother murdered in front of newborn daughter

GERMANTOWN (WPVI) -- There was unimaginable grief Monday night as mourners lit candles outside the home where 24-year-old Isis Williams was shot and killed. It happened while her five-day-old daughter slept just feet away.

Relatives remembered a beautiful and caring mother who gave birth to her third child a week ago Sunday.

"She was funny. Her laugh made everyone laugh," said cousin Amara Thornton. "Positive about everything."

On Friday morning, police say Williams' boyfriend Tyrese Lynch shot her in the head after an argument.

Lynch turned himself in to police Monday.

This isn't the first time the couple's relationship turned violent.

Police say Lynch was arrested a year ago for assaulting Williams but charges were dropped when officials say she didn't appear in court.

Neighbors reported hearing yelling between the two in the weeks leading up her murder.

As family and friends released balloons, Williams' cousin pleaded for victims of domestic violence to get out and begs for their neighbors to stay alert.

"If you hear it, hear the screaming, hear the crying, hear the arguing, say something," said Christine Yarbough. "Call police, bang on the door, do something so we're not standing here holding balloons and candles for another person."