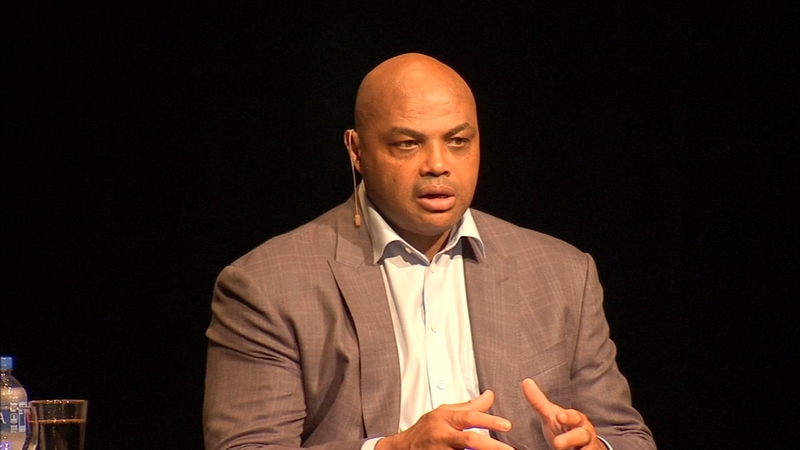 But before the ceremony, Barkley spent the morning on campus talking with students.

Gabby Arias, a Temple Sophomore said, "He's such an important figure in not only the sports community but his philanthropic work."

Charles Barkley is an NBA Hall of Famer, an author, an Olympian, an Emmy award-winning broadcast journalist. Now he can add a new accolade to the list.

Barkley was awarded Temple University's Lew Klein Excellence in the Media award and was on campus Friday to receive it.

"It's pretty amazing even though I don't think guys who get paid to watch sports should get awards. But it's really a nice honor," said Barkley.

"Well I love speaking to the young kids because at one point I was one of them, and as I say, the main thing I try to stress to them is education because listen, I got lucky and blessed to play in the NBA, but that's like hitting the lottery," he said.

In what's an annual tradition for Lew Klein award winners, with Klein himself in the audience, Sir Charles fielded questions from students. Barkley talked career paths, social activism, and even joked about working with Shaquille O'Neal.

"I always tell people he got thinner skin than flat Stanley," added Barkley.

Dean David Boardman of Klein College of Media and Communication explains Barkley's honesty is one the attributes that makes him great.

"Charles made a statement some years ago that as an athlete, he didn't want to be a role model and the irony is he's turned out to be a great role model because he does tell it like it is," said Boardman.

Zach Simon, a Temple senior said, "You have your carbon copy of broadcasters who kind of go through the motions. Charles is different. He's the guy. He brings the lightheartedness to the broadcast."