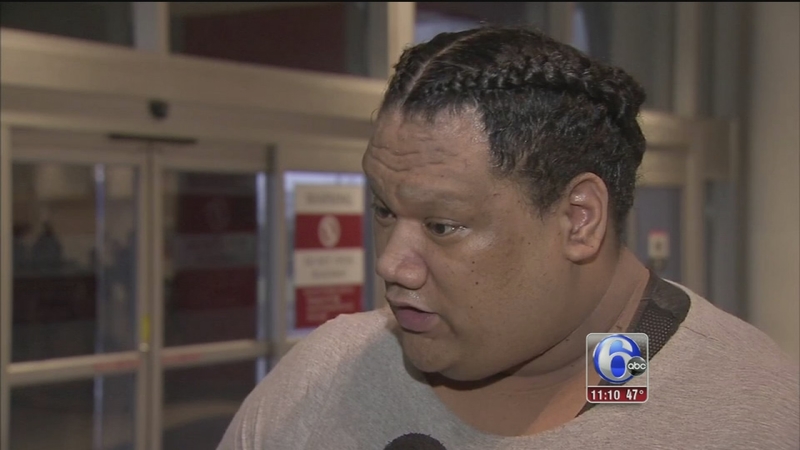 CENTER CITY (WPVI) -- A transgender woman says she is happy to hear the suspect in her assault near City Hall in Center City Philadelphia was arrested.

As she prepared to leave Philadelphia, Ryannah Quigley tells Action News she's relieved the man seen in cell phone video assaulting her has been arrested.

"I just got the call and I'm very happy," Quigley said.

On Friday, Quigley and two friends were walking on the 1300 block of Filbert Street when the man passed them and made eye contact.

"He started looking up and down at me and I asked him, 'Is there a reason you're looking me up and down?'" Quigley said.

Quigley says he began shouting anti-gay and anti-trans slurs, then attacked while she recorded with her phone.

"At first, he hit me with a bag of groceries; the second time was with his fist on the left side of my face," Quigley said.

Quigley, visiting from Seattle for an LGBT conference, suffered cuts and bruises.

She hopes the video opens others eyes to the increased incidents of violence transgender women face.

The suspect, identified as 25-year-old Daejon Workman was taken into custody at 7:42 a.m. Sunday and charged with simple assault recklessly endangering another person.