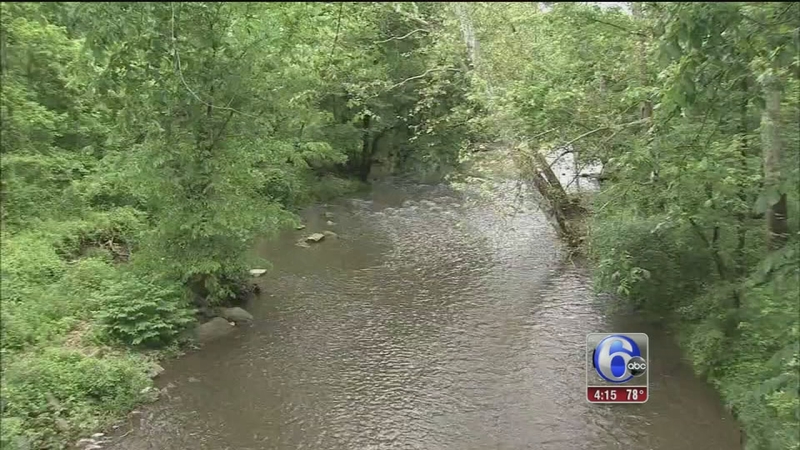 FOX CHASE (WPVI) -- Philadelphia police are investigating the drowning death of a man in the Pennypack Creek Monday morning.

Officers were called to the 8500 block of Verree Road in the Fox Chase section around 9:30 a.m. after two fishermen spotted a body in the water.

The man was later identified as 68-year-old Alexander Ross.

As emergency responders were on the scene, the victim's wife arrived on location.

Philadelphia Police Lt. Dennis Rosenbaum explains, "A female showed up at the park and stated that her dog, that her husband takes walking every day, was sitting by her car, but he (her husband) was nowhere to be found. And it was later determined to be him in the creek."

How Ross ended up in the water is unclear. Witnesses saw him floating in the creek, but did not see him entering the waterway.

Lt. Rosenbaum says, "The dog was wet. We don't know if the dog went into the water and he went in to get the dog, or he fell into the water. But obviously, it's a tragic accident."

Investigators warn that the creek can be deceiving. They say every year they respond to accidental drownings, especially during summer months.

Rosenbaum says, "At some points that creek can get 10-12 feet deep, where you're standing one minute and you're in 12 feet, and the current is so strong, you're not going to be able to fight it."