Boy, 5, hospitalized after falling out of second-floor window in Center City 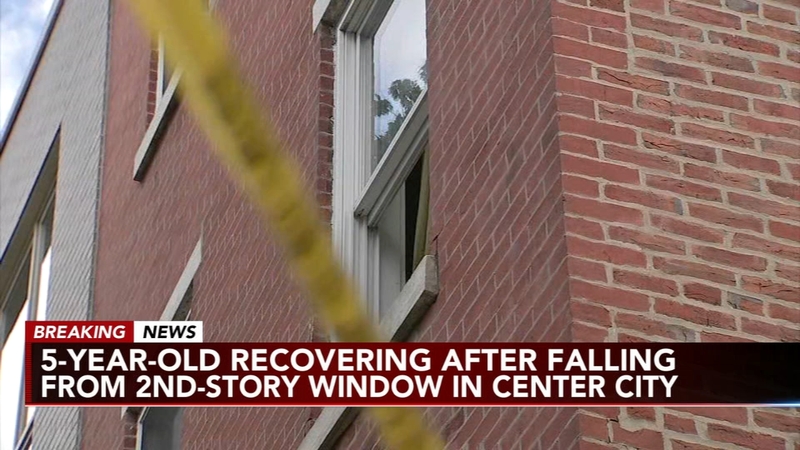 Boy, 5, hospitalized after falling out of second-floor window in Center City

PHILADELPHIA (WPVI) -- A boy was rushed to the hospital on Sunday after police say he fell out of a second-floor window in Philadelphia.

It happened in the 2300 block of Naudin Street just before 3 p.m. in Center City.
Police tell Action News the 5-year-old boy was transported to an area hospital where he's currently listed in critical condition.

Neighbors tell us this appears to be an accident.

One neighbor says she watched it all happen and says after the child fell he appeared to be stunned and then began crying before being immediately rushed to the hospital.

"He was up there. I think he was trying to adjust his window and the screen gave and he came right after it and he went straight down," said Judith Parker.