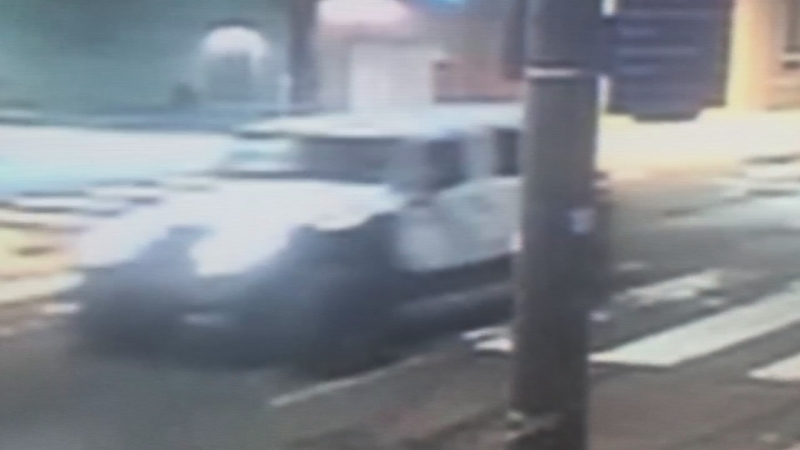 CENTER CITY (WPVI) -- Philadelphia police have released surveillance images of the Jeep being sought after a fatal hit-and-run on Sunday in Center City.

Police say the victim, 53-year-old Ann Broderick, was struck just around 3 a.m. in the 1300 block of Race Street.

Police say the driver sped off after hitting Broderick. She was rushed to the hospital where she was pronounced dead.

The striking vehicle is described as a white four-door Jeep Wrangler Unlimited with a white hard top, lifted and oversized wheels, along with a spare tire mounted to the rear.

It will now also have front-end damage, police say.

A surveillance camera near the scene caught an image of the suspected vehicle.

If you have any information you are asked to contact police.