Child dead, mother injured after both hit by truck in Center City Philadelphia 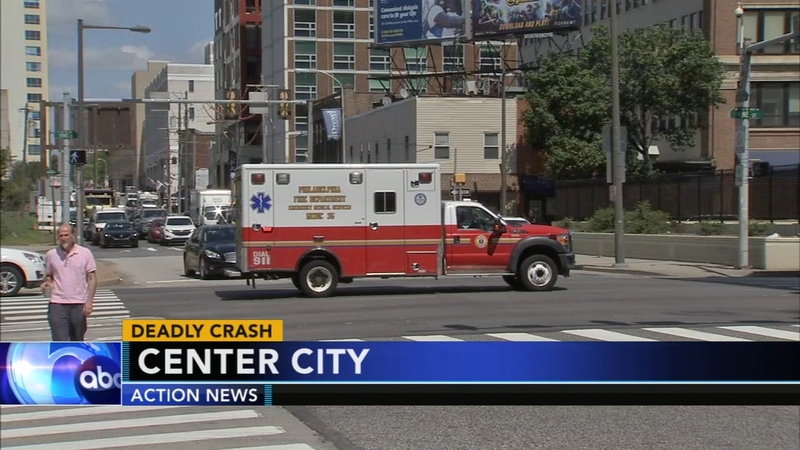 Child dead, mother injured after both hit by truck in Center City

CENTER CITY (WPVI) -- A 1-year-old boy is dead after he and his mother were hit by a pickup truck in Center City Philadelphia on Thursday.

According to police, the child and his 36-year-old mother were crossing Vine Street when they were hit.

Both were taken to the hospital. The boy was pronounced dead around 11:45 a.m.

The striking vehicle remained at the scene, police said.

Witness Brad Konell told Action News he heard a noise and turned around to see the stroller on its side with the child still strapped in.

He said he heard the child crying, which he thought was a good sign. He got the bad news a short time later.

"A bike cop told me the baby passed away," Konell said.

There was no immediate word on if the pickup truck driver would be charged.