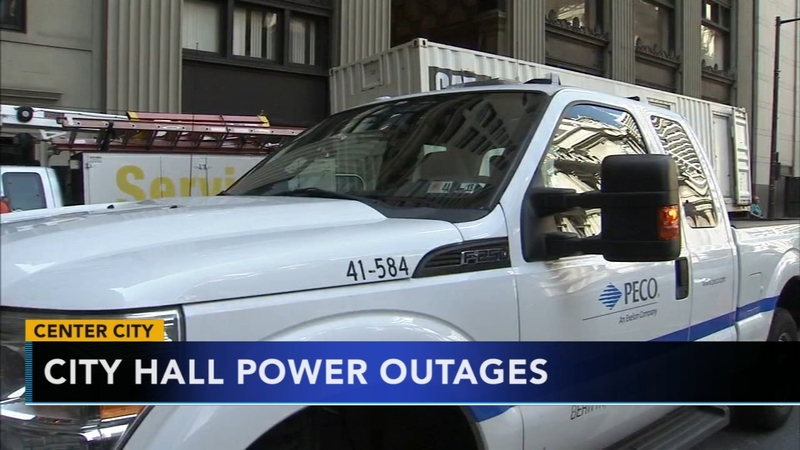 But those generators weren't strong enough for the District Attorney's office, which had to close early on Wednesday.

Wednesday was day two of the power issue. City officials say a manhole fire alerted them to an issue and PECO says it's now working below street level.

"To find what some of the damage was, what they find as they are making repairs," said Kristina Pappas of PECO.

On Tuesday, City Hall employees were told to leave the office early. However, the electric and air conditioning were working again on Wednesday.

The same could not be said for the D.A.'s Office.

"Given the fact that it's going to be 90 today they needed to clear the building so they shut everything down and turn it back on again, so we did have to again just close the building at 12:30," said Ben Waxman, spokesman for the district attorney.

About 600 employees at the District Attorney's Office had to clear out.

Employees scheduled to appear in criminal court were told to do so, so there is no backlog at the Criminal Justice Center.

PECO could not provide a timeline on when the issue will be fully repaired.