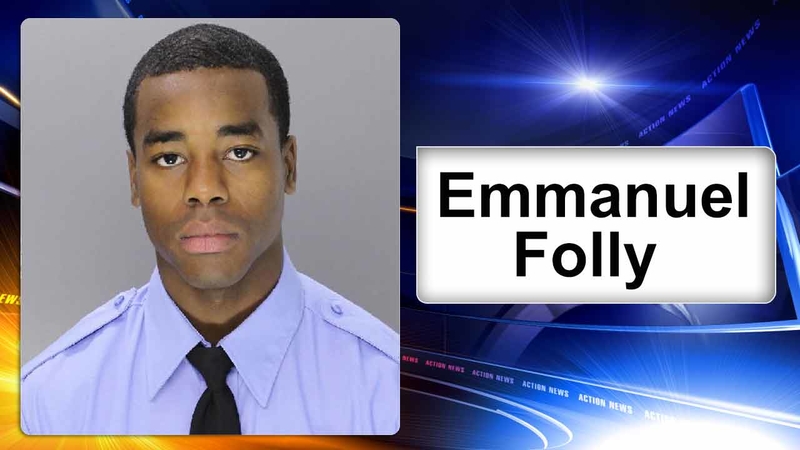 PHILADELPHIA (WPVI) -- A Philadelphia police officer has been arrested on child pornography charges.

Police say Folly, a three-year veteran of the Department, assigned to the 18th District, surrendered himself to Internal Affairs Unit on Tuesday.

Police say in March of 2016, members of the Special Victims Unit used a program to proactively search for individuals viewing, downloading, and sharing child pornography.

According to police, the search discovered an IP address that downloaded child pornography, and that IP address was registered to a residence on the 3300 block of North 15th Street.

On November 17, 2016, police executed a Search & Seizure Warrant at that location and seized a laptop computer, a desktop computer, and a computer tablet; those devices were submitted to the FBI for forensic analysis.

While executing the search warrant, police say it was discovered that Officer Folly resided at the home with his parents.

After further investigation of the devices, police determined that Officer Folly was the owner of the laptop computer; they say child pornography was recovered from that device.

Philadelphia Police Commissioner Richard Ross has suspended Folly for 30 days with the intent to dismiss.