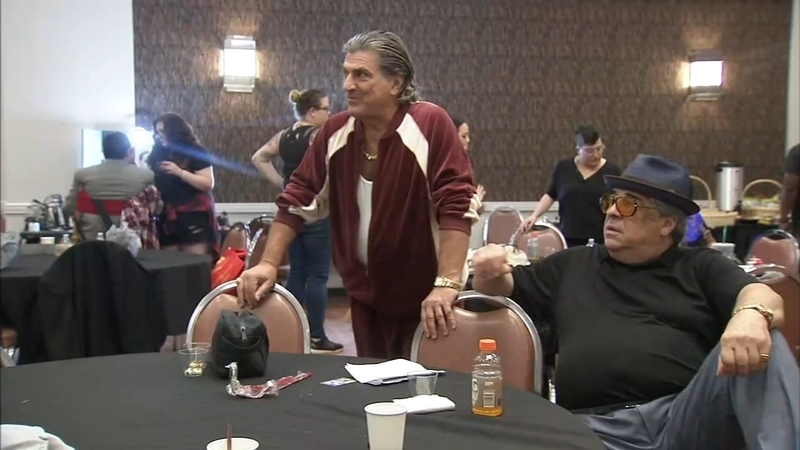 PHILADELPHIA (WPVI) -- Philadelphia is once again serving as the backdrop for a movie, and this time some of the biggest stars from Asia are going toe-to-toe with some familiar goodfellas.

The movie is called Made in Chinatown. It's set in New York but filming is happening here in Philly and nine members of the Sopranos cast are in the film.

We joined them for lunch at a nearby restaurant.

"You know I am a teacher now," said Vince Pastore. "I teach these guys everything they know."

And that's pretty much the way it went as the cast took a break on Thursday afternoon. They are some of the most familiar faces in American television and film.

"I get recognized a lot from the Sopranos. Actually, the episode I was in won the Emmy," said Tony Ray Rossi.

Vince Pastore joined the cast first and got the other Sopranos stars involved.

"When we worked on Sopranos, we really became a family which was unique," he said.

Mark Wiley, who grew up in the area and now lives in Lansdale, wrote the script.

"I thought: wouldn't it be funny if a Chinese kid tried to join the mob to get an Italian girl who only dates made guys," he said.

"There's so much funny lines in it," said Tony Darrow. "You can't believe it."

Wiley came up with the idea in 1999. Filming is now underway all over Philadelphia.

"For me, it's an honor. These guys are iconic American actors who made some very powerful films in the past," Samuels said.

The executive producer says this movie is definitely a spoof. He says he takes the stereotypes and turns them on their heads.

The cast and crew will be filming all over Philadelphia over the next several days.