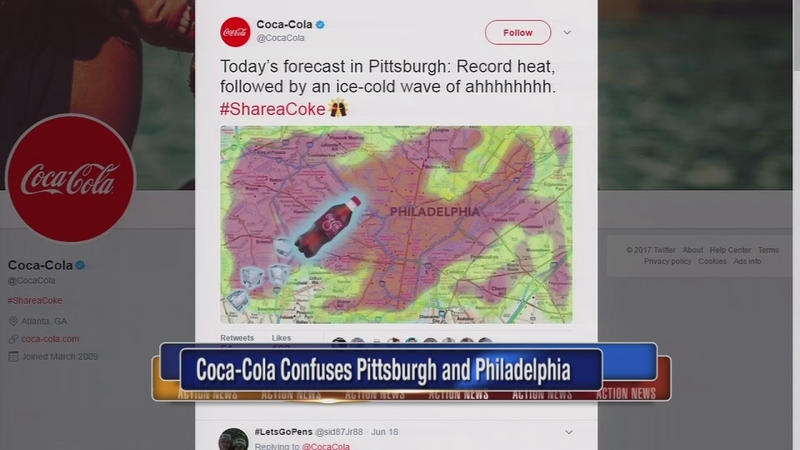 PITTSBURGH -- Coca-Cola's marketing efforts during the weekend's heatwave in Pittsburgh backfired when the company mistakenly used a map of Philadelphia in a post on Twitter.

Although temperatures climbed into the high 80s, the tweet was received coolly because the message was accompanied by the wrong map.

Even Mayor Bill Peduto weighed in, responding, "I was elected to represent the people of Pittsburgh, not Philadelphia" - riffing on his recent kerfuffle over President Donald Trump's pullout of the Paris climate accord.

Ahem... "I was elected to represent the people of Pittsburgh, not Philadelphia."

A spokeswoman for Atlanta-based Coca-Cola Co. apologized Monday, saying the company is "exploring innovative, adaptive technologies to serve up personalized content to our fans ... in this case, our map accidentally missed the mark - literally."