Neighbors in South Philadelphia on lookout for serial burglar 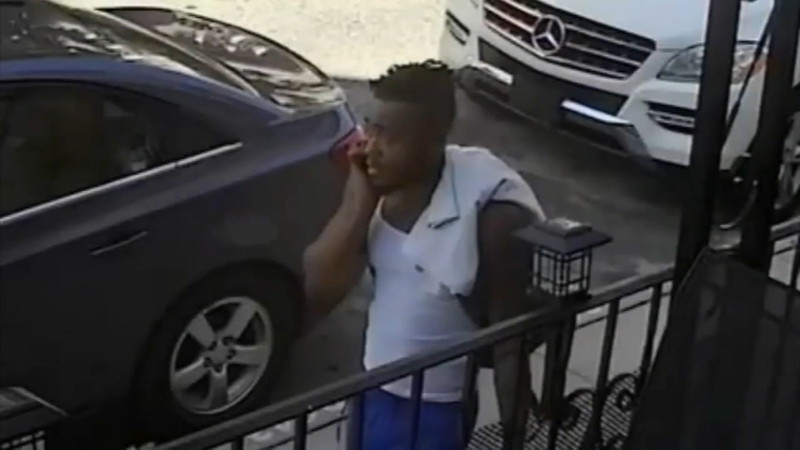 Neighbors in South Philadelphia on lookout for serial burglar

PHILADELPHIA (WPVI) -- It's been a rough couple weeks for professional boxing trainer Brian Cohen. That's because police say at the end of August a man along with at least one accomplice, broke into his home on Bigler Street and stole just about everything of value.
On Thursday, Cohen had a message for the suspects: "I want the cops to catch him before I do. You can take that how you want to take it."

Back on August 30, around 11:00 a.m., video shows the suspect walking around the neighborhood. Then someone, already inside Cohen's home, let's him in the front door. They initially went in the back.

Cohen said, "I noticed my safe was missing, shotgun missing. One of my professional boxing belts was missing."

But Cohen says that can all be replaced. What can't are valuable memories of him and his daughter on an Android phone.
"My pictures, my video I can't get them back, and that's what's grinding my gears right now," he said.

So far, police confirm the suspect and his crew have burglarized at least five homes in the South Philadelphia area. Police believe there could be more.

On Thursday, Action News also spoke with Bob Bodek near Pollock Street and 13th. He didn't know it at first, but he was home when his neighbors were being burglarized.

"I got the angle right across the street and I noticed a flashlight in there and I was kinda concerned but I didn't know!" said Bodek.

We also spoke with Ellen McCrossen who lives near Curtin Street and 13th. Her neighbor was also recently hit.
She said, "They took his jewelry his money. His wife didn't even have a pair of earrings to put on."

She and others here say this suspect better think twice about coming back.

Neighbor Anthony DeRose said, "He's going to wish he never showed up in this neighborhood. He's gonna regret it."

Now, police are asking everyone in the area to keep an eye for the suspect.