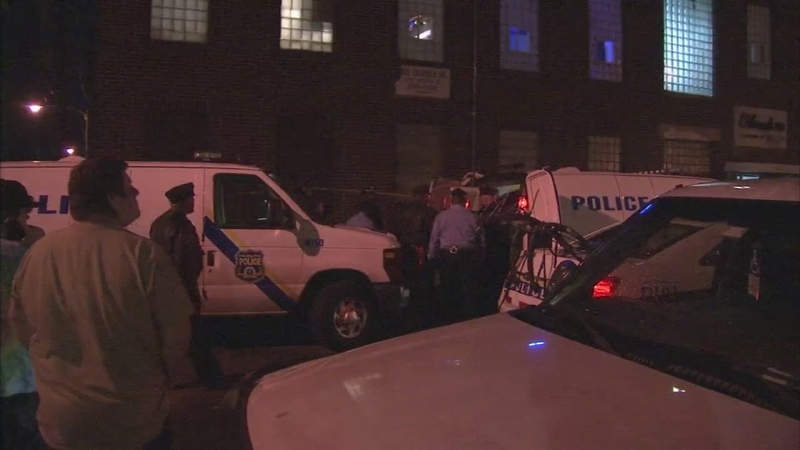 FRANKFORD (WPVI) -- Philadelphia police say 22 arrests were made when they raided a massive "pot party" organized via social media.

The "Philly Smoke Session" was held Saturday night inside a warehouse on the 4500 block of Worth Street in the city's Frankford section.

The sign on the front of the building reads "Threads USA."

Police say this was basically a giant gathering of people selling and smoking pot.

Action News obtained a picture of the invite, which was shared on Instagram. It's their Spring Fling VIP Event and it was set for Saturday.

We spoke with Mike Whiter, a medical marijuana activist who was at the event, but not arrested. He claims this is about helping people.

"This is Philly Smoke Session. This is the cannabis community of Philadelphia. It's a community that like to help people. That likes to help patients. And a lot of these people here are medical marijuana patients," said Whiter.

In case there is any confusion about what was happening inside, we spoke to another person. We asked him if the people meeting in there were all smoking marijuana.

"Yeah, yeah we weren't hurting anybody, right?" he said.

Neighbors say the bust is a relief. They say parties like this have been going on in the warehouse all the time.

On top of their neighborhood smelling like marijuana, they are not surprised to hear guns were inside, and say they're glad police shut it all down before someone got hurt.

The Department of Licenses and Inspections responded to the scene, which police say was a fire and safety hazard due to the crowd size, use of butane torches, and presence of only one exit.

Police say they also executed two search warrants - one on the 1300 block of S. Jackson Street and the other on the 2400 of S. Hutchinson Street - where additional contraband was recovered.

Police are continuing to investigate.