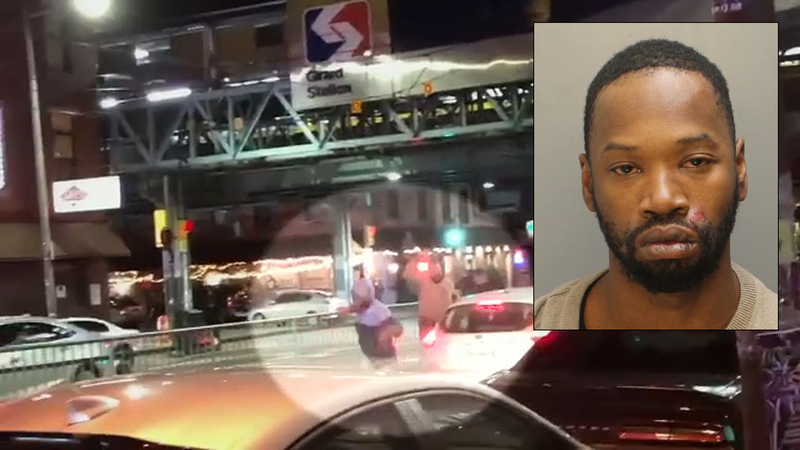 PHILADELPHIA (WPVI) -- A knife-wielding suspect is captured on video lunging at passersby on a busy street in the Kensington section of Philadelphia. The scene terrified a number of people in the area as the armed man yelled violent threats in their direction.

This scene unfolded at the intersection of Front and Girard, right near the El at around 10 p.m. Tuesday night. Thomas Rose recorded parts of the encounter on his cellphone.

"There was a guy standing in the middle of the street with a knife freaking out at anyone around him, going up to random people at the trolley stop, threatening to kill them," said Rose.

Nick Huntington says he is a victim of this random attack, with scrapes and bruises to show for it.

"It's where the skin of my hand my elbow is all black and blue my shoulder. I can't even raise that right now, I have to go get checked out," said Huntington who now lives in Brewerytown.

He tried to escape this man's tirade for about 20 minutes while standing on the trolley platform in the middle of the street.

"He fell on me once, I had to kick him off. He chased me over a guard rail. It's amazing I didn't get stabbed," Huntington said. 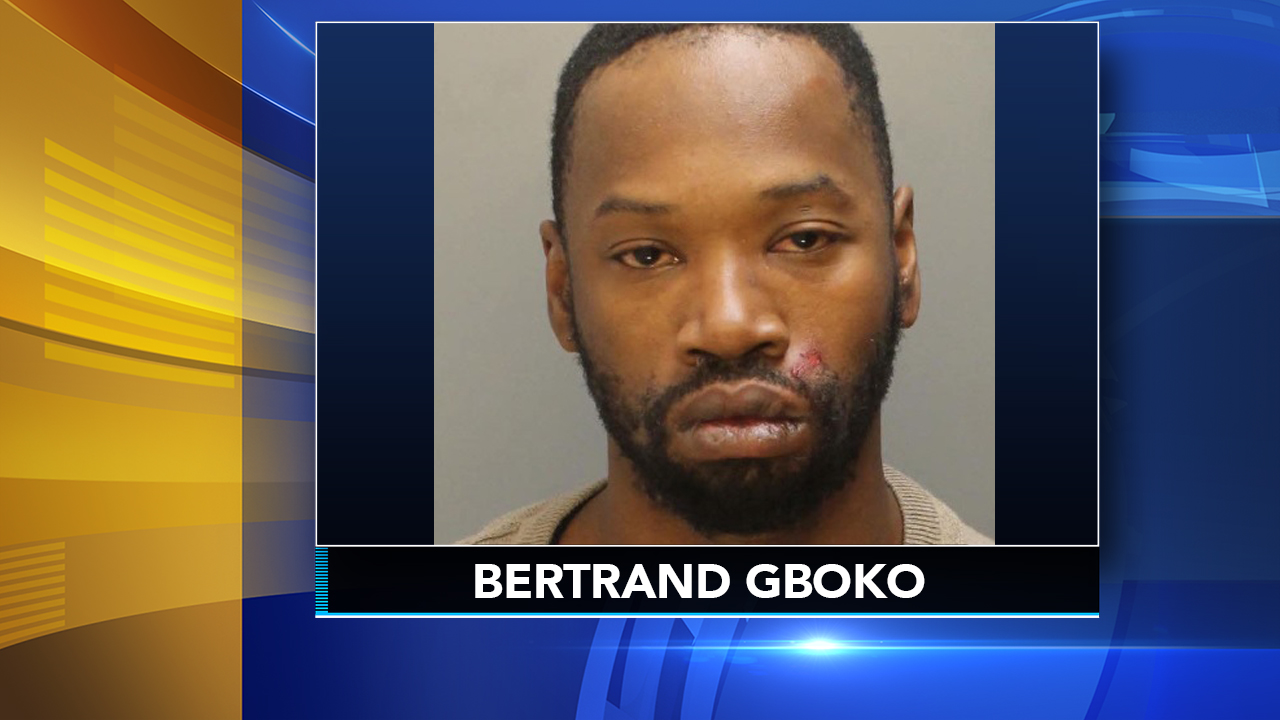 Unfortunately, neither men who experienced the attack were surprised by what happened at that corner.

"I'm back here in Brewerytown because of having lived in Fishtown and Kensington," Huntington said.

Rose says, "Last week I saw someone pull a gun on someone over there. They need to clean it up a little bit."

Thankfully no one was stabbed or seriously injured.