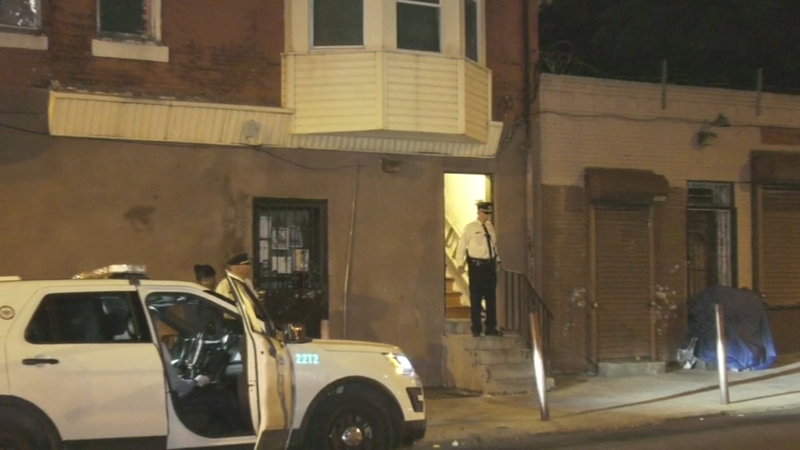 PHILADELPHIA (WPVI) -- Police said two masked gunmen broke into a North Philadelphia Home Saturday night and fatally shot one man in the head then stole another man's pants before attempting to invade another home just blocks away.

Officials said two men wearing ski masks and armed with guns kicked in the door. The men made their way to the second floor of the home, where they found two men and two women in a rear bedroom.

Detectives said the men were looking for money.

According to investigators, a 52-year-old man was tied up then shot in the back of the head; the suspects then took the second man's pants and left the home with the two women.

"They try to enter that property a male opened the door when he saw the guys with the gun he started running and they took a shot at him. Did not hit him," said Fuchs.

In the meantime, the man from the first home invasion was able to run from the home and flag down police.

Police canvassed the area and found several pieces of outerwear and a ski mask in the 1600 block of North 16th Street.

"What happened was police received information the males who did the shooting were actually taking off their clothes in an alley way," said Fuchs.

Police said it was then officers caught up to the suspects and took them into custody.