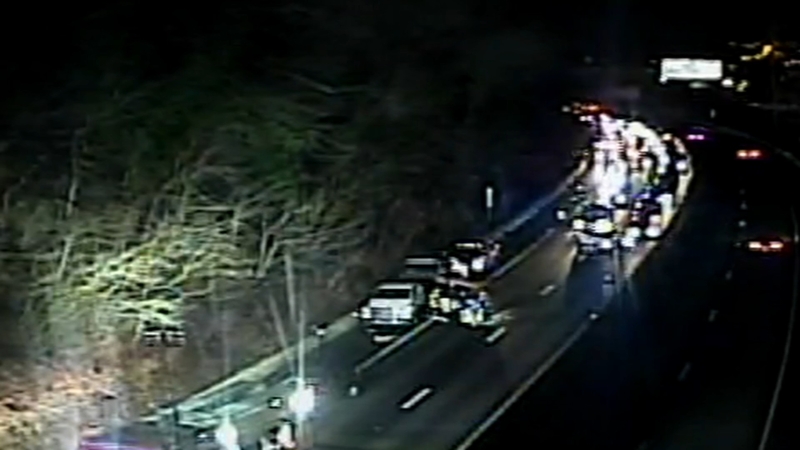 LOWER MERION TWP., Pa. (WPVI) -- A Philadelphia man has been arrested after a tow truck driver was struck and killed on the Schuylkill Expressway on Sunday.

Emanuel Doxy, 32, was arrested at his home on Monday.

According to investigators, K&S Towing operator Michael House, 35, was assisting at the scene of a disabled vehicle in the eastbound lanes in Lower Merion Township when he was hit by a Doxy's Ford F-150.

Police say Doxy failed to stop and continued eastbound on the highway.

A witness called police and was able to give investigators a detailed description of the vehicle, which led troopers to Doxy's home.

There they allegedly found a truck with damage "consistent with the crash," police said.

Doxy was taken into custody without incident.

House's friends and family were devastated by the loss of a person they referred to as a happy, fun-loving devoted father and husband.

"Heartbreaking. You always hear about this happening but never this close to home," said Steve Fusaro, Owner of K&S Towing. "Never expect it's going to happen to you or somebody you know."

Co-workers said House was like a gentle giant who came to work every day.

"He was a great guy, he actually really liked his job and he was moving to third shift this week coming up so he could spend more time with his kids," said Fusaro.

In a statement his wife Jamie said: "He was always happy and his laugh was one of a kind."