PORT RICHMOND (WPVI) -- A mother looking for her missing son instead found the young man's father and aunt dead in Port Richmond.

The discovery was made while the mother, Tasmara McLaughlin, was searching for her son, Raymond Finney, Jr. He's known as "Scooter" to his family.

McLaughlin says Scooter lived in a home with his father, Raymond Finney, Sr., and his aunt, Florence Pompey.

Desperate to find Scooter, McLaughlin made a gruesome discovery instead.

She found the father of her three sons and his sister executed in their home on the 1900 block of Clearfield Street on Sunday. 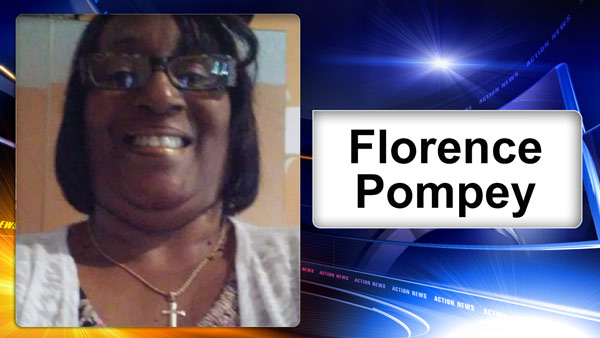 Investigation into death of siblings in Port Richmond
Homicide detectives tell Action News they are questioning a person of interest Thursday night in the double-murder of a brother and sister in Port Richmond.

"By the time I get up to the steps, you see his dad laying in the hallway. I didn't know he was shot in the head, I just knew he was dead in the hallway. I go into his sister's room and she's dead," McLaughlin said.

Philadelphia police are continuing their investigation.

"It does not appear to be forced entry. It appears they knew their killer," Captain James Clark said.

Finney's family filed a missing person's report for Scooter, himself a father of three, who has no criminal past.

He was last seen heading to work Friday morning at the city's sanitation department. Some of his belongings were found later that day at 24th and Walnut.

His mother, two brothers, and children are desperate for answers.

"Is my child laying out somewhere in a ditch because no one knows where he's at? I can't find my child. I want my baby back," McLaughlin said.