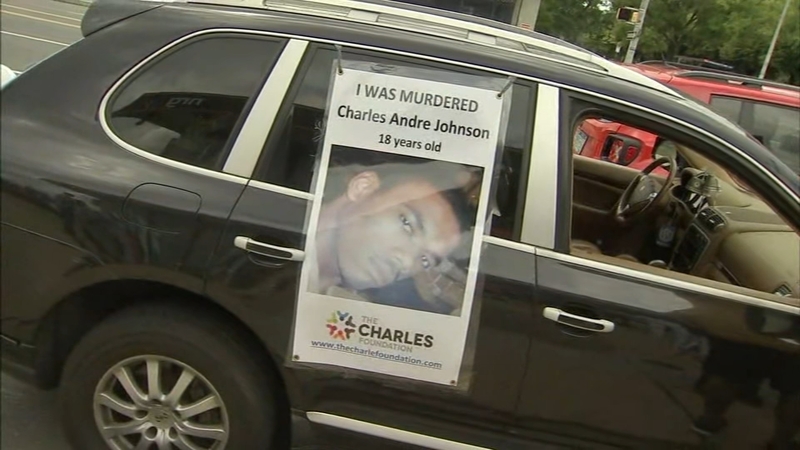 PHILADELPHIA (WPVI) -- A not-so-subtle point was made Saturday across Philadelphia neighborhoods.

A full procession led by a hearse made its way down Broad Street to remind those of the cost of the violence on the streets of the city.

The motorcade began at Broad and Pattison Street and worked its way to Broad and Cheltenham.

For some speakers, like Yancy Harrell, the demonstration was personal.

"Nobody is going to ride in on a white horse and save us, we have to start policing our own community," he told the gathering of people gathered before the event.

Harrell alongside his wife, State Representative Movita Johnson-Harrell, founded the Charles Foundation in honor of their murdered son, who was killed in 2011 in a case of mistaken identity.

The state representative is also urging the crowd to do more than just spectate.

"We're tired of the gun violence in the city, so we're organizing and we're bringing attention to the issue, and we're telling people you can no longer sit on the sidelines, you got to choose a side," she said.

Some already have, like members of Black Men Unifying Black Men out of West Philadelphia.

"We want to make sure our children grow up, get to college, go and live. Not dying before the age of 17," said member Ronald Ryan.

Johnson-Harrell is also calling on her colleagues on the other side of the aisle to push for gun reform.