Historical meeting in Philadelphia for son of Holocaust hero 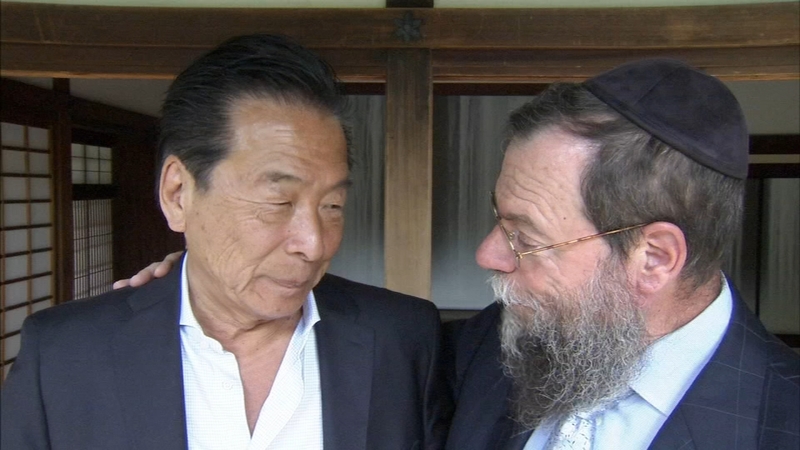 Historical meeting in Philadelphia for son of Holocaust hero

PHILADELPHIA (WPVI) -- It was an incredibly moving and emotional meeting that brought two people from two parts of the world together, right here to Fairmount for a historic moment.

The son of a Holocaust survivor and the son of the man who helped rescue his father, and 6,000 Jewish people, met on Friday for the very first time.

Nobuki Sugihara is the son of a Japanese Diplomat named Chiune Sugihara.

During the Holocaust, he helped save thousands of lives in Lithuania.

One of them was the father of Philadelphia Rabbi, Yossy Goldman.

The historic meeting happened at Shofuso, the Japanese House and Gardens, with a tea ceremony symbolizing friendship.

Sugihara says his father was very humble and private, and never wanted accolades.

But Rabbi Goldman said saving lives, like his father's, so selflessly, is nothing short of heroism.

Sugihara gets overwhelmed meeting the children and the grandchildren of the survivors knowing they are here because his father helped saved their lives. In the case of the Goldman family, there are now more than 100 descendants.