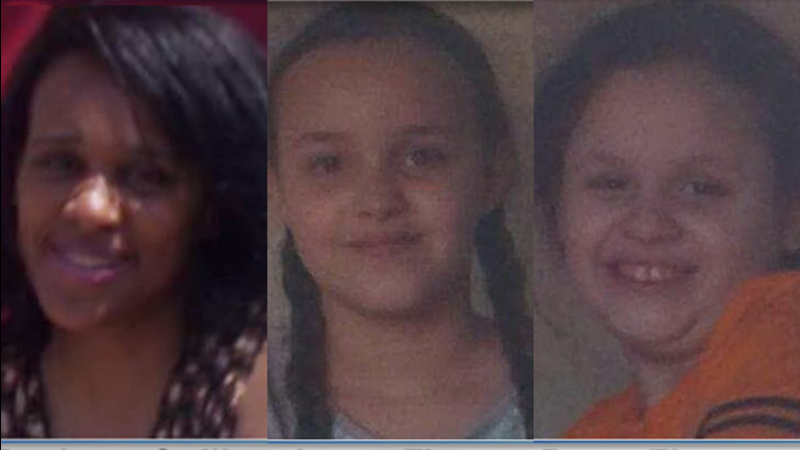 NORTH PHILADELPHIA (WPVI) -- Two children and their grandmother were killed in a Sunday morning fire in North Philadelphia.

The children's great-grandfather, Paul Guillory, and other family members gathered outside the damaged rowhome Sunday afternoon to begin to mourn.

The woman who was killed in the fire was Guillory's daughter, identified by family as 52-year-old Monique Guillory.

The young victims were her grandchildren, 9-year-old Prudence Figueroa and her 7-year-old brother Dean Figueroa.

Family members say the three lived in the home on the 1700 block of North 6th Street with Monique's daughter, who is the mother of the children, and her boyfriend.

Philadelphia Fire Commissioner Adam Thiel said firefighters were called out at 4:42 a.m. to the report of fire with people trapped inside the building.

RAW VIDEO: The Action Cam on the scene of a deadly North Philadelphia fire on May 28, 2017.

Arriving firefighters quickly went to work battling the intense flames. Thiel said 30 vehicles and 100 personnel were called to the scene.

Officials say a parent inside the home was able to safely drop the 9-year-old girl to the firefighters. The child, who had suffered multiple burns, was taken to Hahnemann University Hospital where she died from her injuries.

Shortly after 7:30 a.m., once firefighters could go in the home, which remained unstable due to fire damage, they found the bodies of the second child and his grandmother.

"Despite our best efforts - these folks are the best in the world - sometimes it's just too late. It's very sad. It's tragic. It hurts for us. It hurts for our entire community," Thiel said.

Neighbor Ed Norat told Action News he woke up to screams of help from a man and a woman inside the burning home.

"When I came running outside, I see flames coming out of the window and the parents were screaming out for help. As I approached the building, I looked up at the third floor, I see someone hanging out, she was asking for help, there was nothing much I could do. I told her to 'hold up, hold up, the fire department is coming.' A young girl," Norat said.

Norat called 911, but said it was a horrible feeling that he couldn't do anything more to help the girl.

Norat said he watched the man jump from the roof to the ground. He said the woman also escaped the fire.

"She was screaming that her mother was in there and her kids," Norat said.

The American Red Cross is providing three adults with emergency assistance for lodging, food and clothing.

The Red Cross is also providing emotional support and counseling for the family members of those who lost their lives.

Nine hours after the fire started, the Red Paw Relief Team found a pet turtle alive in the home.

Nine hours after the tragic fire on N.6th St our responder found one turtle alive in the fire dwelling. One cat still unaccounted for. pic.twitter.com/lEgGarQ4jr

There is no word on a cause at this time.

Last Sunday, three people were killed in an early morning fire in the Wynnefield section of Philadelphia.

In hopes of preventing tragic fire incidents, the Philadelphia Fire Department says they will come to homes and install smoke detectors for free. And if anyone has any questions on fire safety, they say to call them.

Fire destroys rowhomes in North Philadelphia. Gray Hall reports during Action News at 6 a.m. on May 28, 2017.