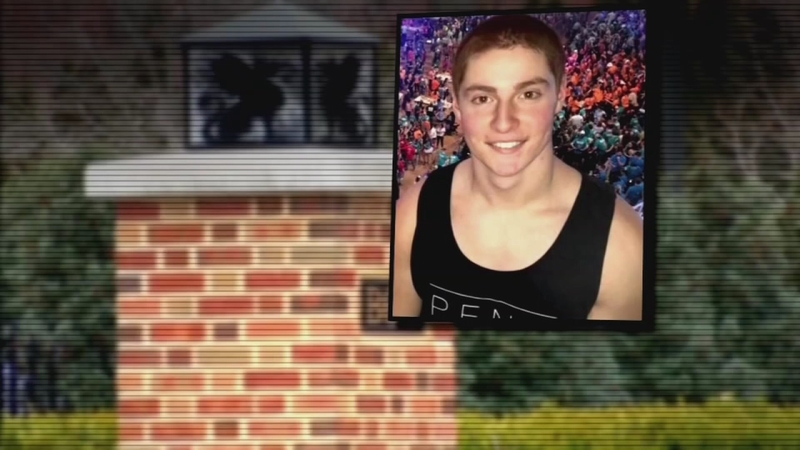 PHILADELPHIA (WPVI) -- Local students are reacting after 18 fraternity members were charged in the hazing death of a Penn State University student.

The fact that nobody we spoke with seemed shocked with what happened at Penn State was interesting in and of itself.

For some students, the fact that universities have still not been able to rein in this type of activity in the Greek community is striking.

"The universities just need to make a stronger effort to punish students that engage in this type of behavior," said Penn senior Chelsea Awan.

In the wake of the charges against the 18 Penn State students and their fraternity, there was much discussion about how something that may have started ever so innocently in the eyes of those involved, ended up the way it did.

"They didn't mean to kill someone, but that's literally what manslaughter is, so they should be charged with manslaughter because they actually killed someone," said Penn graduate Steve Kreider.

There are those who believe that binge drinking and hazing are escape mechanisms from the pressures of life on college campuses.

"I think that a lot of problems on college campuses are the result of the sort of environment that makes people want to do some of these things like hazing, over drinking," said Penn student Aidan Chesworth.

And some believe time and time again, the Greek community in general tends to nurture an environment of excessive drinking and hazing.

"I think their needs to be more a structured place in terms of how to go about this process of initiating someone into a fraternity. I know there's a lot of push back towards that," said Penn student Shabnam Eghbali.

"And I just think there are better ways to go about it, and I definitely think regulation is needed so tragic things like this don't happen," said Wharton senior Amy Shan.

For some, there should be an abject lesson in this. Something that seems a very small exercise in logic.

"I think that because its swept under the rug and a lot of it isn't taken very seriously, students just continue even with minor hazing because they think it's not that big of a deal," said Awan.

Penn student Michelle Pereira said, "I also think that universities should definitely play a role in this education and like awareness towards frat culture, and like how to handle these situations cause I think that's a big part of it, preparing your students."