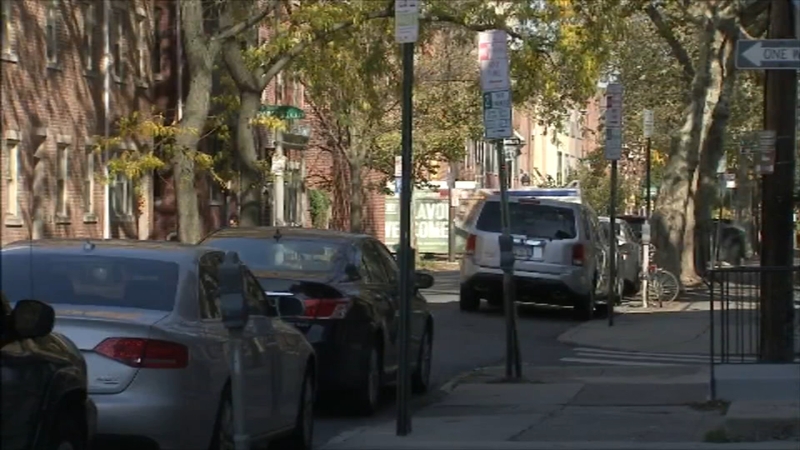 PHILADELPHIA (WPVI) -- Someone or some people have been writing, printing and distributing hateful flier around some South Philadelphia neighborhoods Friday and over the weekend.

"I was really disturbed by it," said Betsy Oliphant Ross, who lives in Old City, but said she had her car parked on 7th and South Street, when she found the flier on her scooter, Friday afternoon.

"In general it profiles a really negative light on people of the Jewish faith, and their business dealings. It is anti-semitic, and in my opinion it was trying to galvanize the African American community, to kind of be against the Jewish community," Ross said.

Some neighbors in Bella Vista and Queen Village said they found the same flier Ross found, or a similar flier on their car windshield.

Many residents said they are outraged.

"It's just a big bummer, to be honest with you," said Steven Martinho, who lives in South Philadelphia. "I can't believe that this stuff's happening."

State representative and minister, Joanna McClinton is stepping in as frustrations mount.

"With my neighbors, I want to make sure that we realize all of us bleed the same, we are not pitting people against each other," McClinton said.

Naomi Adler with the Jewish Federation of Greater Philadelphia said she hopes the community will not be separated by such speech.

"It's my understanding that these flier incorporated hate speech against African Americans, a community with whom we are very close, and partner with," said Adler, the president and CEO of the Jewish Federation of Greater Philadelphia. "I believe that it's incredibly important for us to stand together."