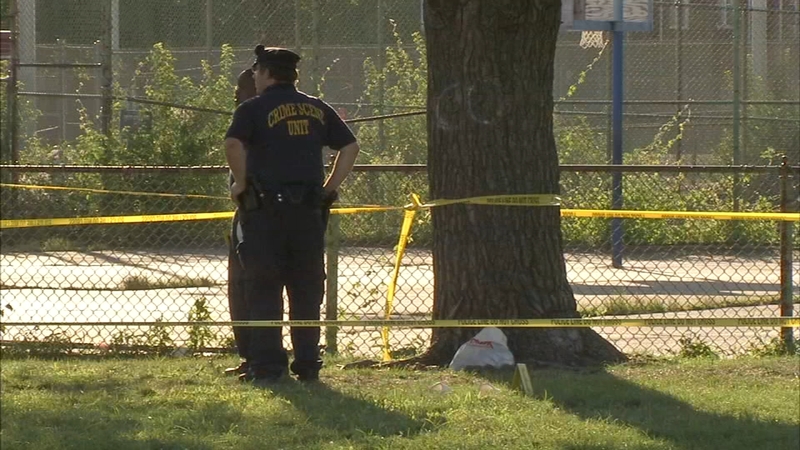 PHILADELPHIA (WPVI) -- A man is dead after a stabbing during a neighborhood soccer game that got heated at a recreation center in Northeast Philadelphia Sunday.

Police were called to the Max Myers Recreation Center on the 1600 block of Hellerman Street just after 4 p.m.

When officers arrived they found the 24-year-old William De Souza suffering from stab wounds to the stomach.

"A couple of guys met up over an issue over a soccer jersey. Eighty dollars was the issue," said Philadelphia Police Commissioner Richard Ross. "One stabs the other in the abdomen."

De Souza was taken to Jefferson-Torresdale Hospital where he later died.