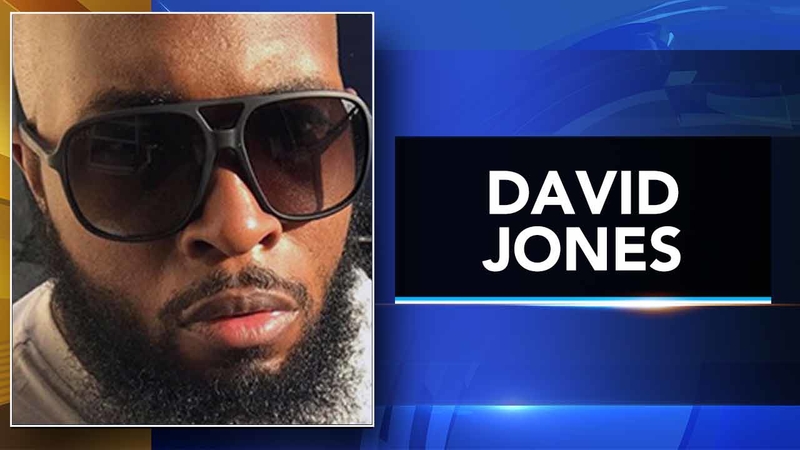 HUNTING PARK (WPVI) -- Philadelphia police say they are looking very closely at a police-involved shooting in Hunting Park to see if departmental policies were followed.

Not only are they looking at surveillance video - which has not been released - but are also speaking to witnesses about what happened.

Family members have now identified the man shot and killed by police as 32-year-old David Thomas Jones of Germantown.

Family members were not yet ready for an on-camera interview on Friday. Off-camera, however, they said while they know Jones was no angel, he did not deserve to be shot in the back and they will not rest "until the truth comes out."

The incident happened around 6:45 p.m. Thursday on the 4100 block of Whitaker Avenue.

This is the dirt bike the suspect was on before the shooting. 5 evidence markers on the backside of the Casa De Espana @6abc pic.twitter.com/R1JvtRZfkk

Police say it began as the officer was transporting individuals to the Special Victims Unit.

While stopped at a red light at Whitaker and Hunting Park avenues, police say the officer saw a man, identified as Jones, recklessly driving a red dirt bike.

When he saw the dirt bike stall on the sidewalk, the officer got out of the car and tried to question Jones.

The officer drew his weapon and, police say, repeatedly told Jones not to touch his gun.

There was a struggle, police say, and Jones pulled the gun from his waistband.

Police say the officer squeezed the trigger of his service weapon, but it did not fire.

Investigators go on to say the officer cleared the stoppage, then fired at Jones as he ran south on Whitaker Avenue.

Jones was hit in the back and buttocks. He was rushed to the hospital where he was pronounced dead at 6:59 p.m.

There is surveillance video of the incident, but it has not been released. Ross warns the video could be taken out of context, and many not show if the male was threatening to fire while he was running away.

Video from the Action Cam at the scene showed a gun just a feet away from the dirt bike the suspect was riding.

Meantime, the biker's family members are searching for answers.

A woman who said she was the male's grandmother spoke with Action News at the scene Thursday evening.

"He didn't bother nobody," she said.

Another person could be heard saying "You all know you are wrong! You know it!"